A Bride for the Sheikh by Katheryn Lane 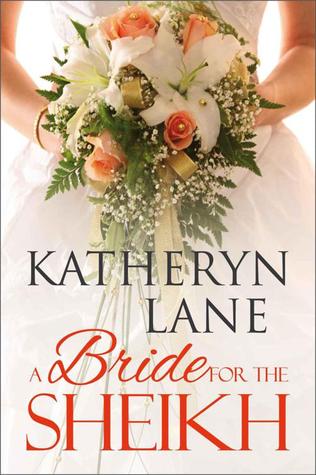 
From the #1 bestselling author of The Desert Sheikh comes the latest emotional rollercoaster sheikh romance!


When Sheikh Rashid is told by his father, the sultan, that he must marry the scheming daughter of his financial adviser, Chrystal Longhorn, the sheikh refuses. The sultan finally agrees to let his son choose his own bride, but on two conditions: she must be a foreigner, to prevent intermarriage with a local family, and she must be presented to the sultan as the sheikh's bride in just two weeks' time.

That evening Sheikh Rashid meets Angelina Smith, a beautiful young woman from England. The sheikh is immediately besotted with her. The attraction is mutual, but Angelina has just accepted a place at an exclusive law school in London. Will she throw away her hard-earned career dreams to become a Middle Eastern wife?

Being the royal wife of a billionaire sheikh is exactly what Chrystal Longhorn wants. What lengths will she go to in order to keep Sheikh Rashid and make sure he marries her and not Angelina?

Sheikh Rashid has only two weeks to persuade Angelina to marry him, or face a loveless marriage with Chrystal.

The clock is ticking...


Get whisked away to an new land where romance blooms!

This story is packed full of drama, action, intrigue, and some sexy sheikh's. I had a great time getting engrossed in the culture and seeing how two seemingly completely different people can meet and fall in love. The imagery was beautiful and really helped to make you feel as though you were really there.

The romance was nicely paced and I loved seeing theses two slowly fall in love. Despite their obvious differences they were able to find common ground and build a solid foundation for their relationship. This was very good since their relationship tested many times throughout the book.

Rashid was an honorable man who sticked to his decisions and didn't allow anyone to get in his way. He was a fascinating character and I loved seeing him banter with Angelina. I had a great time getting to know him along with Angelina.


Angelina was a will full young woman who was very used to being independent. So the idea of giving up her career to stay with Rashid was understandably daunting. I admired her spirit and tenacity even when the odds weren't in her favor. She definitely wasn't the type to give up easily.


For an incredible romance and exotic locales check out "A Bride for the Sheikh"!