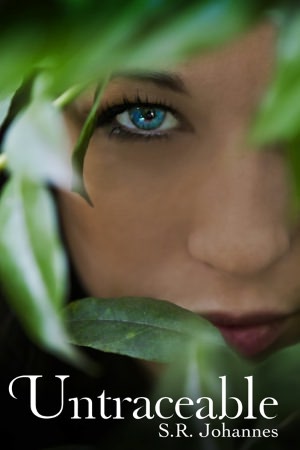 Grace has lived in the Smokies all her life, patrolling with her forest ranger father who taught her about wildlife, tracking, and wilderness survival. When her dad goes missing on a routine patrol, Grace refuses to believe he’s dead and fights the town authorities, tribal officials, and nature to find him. One day, while out tracking clues, Grace is rescued from danger by Mo, a hot guy with an intoxicating accent and a secret. As her feelings between him and her ex-boyfriend get muddled, Grace travels deep into the wilderness to escape and find her father. Along the way, Grace learns terrible secrets that sever relationships and lives. Soon she’s enmeshed in a web of conspiracy, deception, and murder. And it’s going to take a lot more than a compass and a motorcycle (named Lucifer) for this kick-butting heroine to save everything she loves.
Buy Links
Amazon – Barnes and Noble – Smashwords

My Thoughts
A father’s love for his children is a strong bond, but what about a daughter’s love for her father?
Grace is one kick butt heroine and she has learned everything she knows about the forest from her father. Her skills in wilderness survival and tracking will be tested when her father comes up missing. How far will she go in order to save the one she loves?
Grace is one of my favorite heroines she doesn’t give up easily and I admire that. Her journey to save her father is full of some intense scenes and lots of action and mystery surrounding his disappearance. This story will linger in your mind long after it is over.
Along the way Grace meets a handsome and mysterious boy named Mo deepening the mystery. She increasingly intrigued by him, but as the secrets get more dangerous and she realizes she might be in over her head. It’s going to take everything she has for Grace to have any hope of saving not only her father, but everything she holds dear. Jump into a world filled with mystery, suspense, and a touch of romance in S.R. Johannes “Untraceable”.
Book Review: "Untraceable" by S.R. Johannes