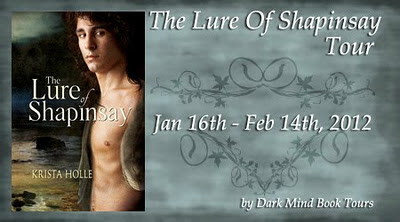 The Agents Who Weren’t Lured
This blog is completely unlike all my others, so ogle while you can.  I usually try to entice the readers to read my newly released novel, The Lure of Shapinsay, but I recognize that the reader doesn’t always want to read the cookie cutter comments the author has prepared.  Here’s the ugly truth about publishing this paranormal romance.  By myself.  That’s right, I’m one of those people—an indie author who has the nerve to audaciously publish her book without the dignity of an agent or big publishing house.   It’s just me in my ratty blue jeans and Captain Crunch tee shirt.
The fact is, I couldn’t get an agent, but it wasn’t for lack of trying.  The queries I sent out for The Lure of Shapinsay was probably close to ninety—an embarrassing number that sours my stomach to this day.  Each and every rejection is painful.  You’d have to be an author to understand the brevity of what I’m saying.  The second and third rejection doesn’t get any easier, neither does the fiftieth.  With each rejection that flashes up on my g-mail or comes through the snail mail, I wanted to curl up in a fetal position and throw in the towel.  Two things that kept me going were: my dream of one day becoming a published author, and my painfully optimistic husband.  The process of querying and rejecting took about a year.  To be honest, I exhausted all agents that were worthy to represent my newest work.
So what’s wrong with my book?  According to the agents who were actually willing to take a peek, it was the selkies, the very core of my book.  There’s no market for these mythical creatures, they told me over and over again.  You see, the large majority of Americans have never heard of these Irish/Scottish mythical creatures.  You are probably wondering what a selkie is.  They are the original shape shifters—beautiful men and women who live as seals in the sea, but shed their skins and walk on land when it suits them.  The men are notorious for luring women to their deaths beneath the sea.
I couldn’t accept no as an answer.  The Scottish legends have enchanted me for over twenty years and I just knew that other women would share my interest—if only they could hear about the selkies.  Stubbornly taking matters into my own hands, I hired an editor, a book designer, did a lot of self-educating and then took a giant leap and e-published on Amazon and Barnes and Noble.  I wasn’t the least bit worried.  When you’re rock bottom, you have nowhere to go but up.  I’m now excited to be published and thrilled with the four and five star reviews my novel has been receiving.  To all the agents who rejected the concept of selkies—watch out!  These fantastic mythical creatures may be on the horizon, but they’re coming at full speed ahead. 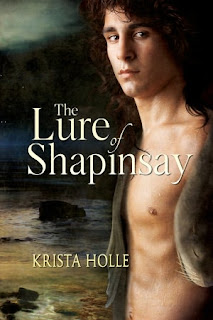 Ever since Kait Swanney could remember, the old crones of the village have been warning her to stay away from the selkies. They claim that like sirens of old, the seal men creep from the inky waters, shed their skins, and entice women to their deaths beneath the North Sea. But avoiding an encounter becomes impossible when Kait is spotted at the water’s edge, moments after the murder of a half-selkie infant.

Kait is awoken unexpectedly by a beautiful, naked selkie man seeking revenge. After she declares her innocence, the intruder darts into the night, but not before inadvertently bewitching her with an overpowering lure.

Kait obsesses over a reunion deep beneath the bay and risks her own life to be reunited with her selkie. But when she lands the dangerous lover, the chaos that follows leaves Kait little time to wonder—is it love setting her on fire or has she simply been lured?
Buy Links