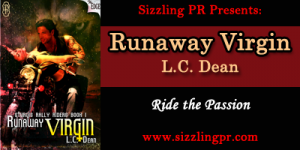 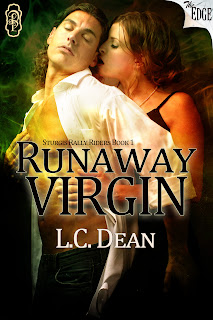 Neva Falk has spent her life beneath the loving thumb of a police chief father and four overprotective brothers. Seizing a chance to escape, she runs across the country to the motorcycle rally in Sturgis, South Dakota, where bikes roll and freedom rocks. Neva’s mission? Lose her virginity to someone who can stand up to the men in her family even if she has no intention of ever introducing him to Daddy and the boys.

Grant Larson wants the innocent hottie behind the bar. How could he resist when she asks him to give her a ride?

Runaway Virgin – Innocence on the edge

If I close my eyes and step onto my balcony, where the breeze is strongest and the roar of the evening traffic hums, I can almost picture my first year at the Sturgis Motorcycle Classic. I attended with a few friends, all of us so green and naive we had to have stood out like a pimple on a bride’s nose. I had never been around that many people in my life, and I had certainly never seen that many motorcycles. It was intimidating and liberating. 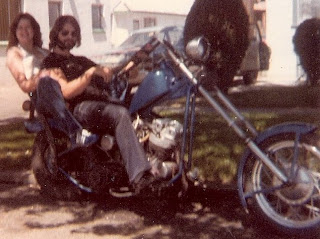 I was barely eighteen that year. My boyfriend just twenty-one. I remember thinking that my father would flip out if he knew we had veered from our posted route through the . It was supposed to just be a summer escape, a last hurrah before I left for college in the fall, but standing on

Main Street
, staring at the never-ending rows of motorcycles, exposed me to a world I had never imagined. I had never been in a town larger than , which at the time had around ninety thousand and seemed huge to me. Although there were probably fewer than fifty thousand people at the rally that year, everyone had packed into the tiny town, and Sturgis seemed to bulge at the seams. 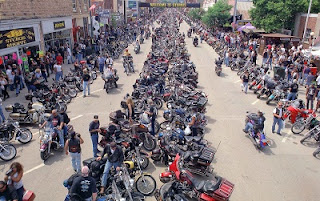 The rally was still rough then although the push to clean it up had begun two years before. I didn’t care about the politics of it all at the time. I was wide-eyed at the variety of people, their clothing or lack there of, and the bikes. It all struck me as a wicked fantasy, a place to escape from the world’s expectations which weighed heavily on me as I prepared to leave home and fulfill my role as the first in my family to graduate from college. That year began my infatuation with all things a little wilder than my comfort zone.

When a friend asked me to join her and her husband this coming summer in Sturgis, everything rushed back with the remembered rumble of drag pipes through the Hills. From there came the Sturgis Rally Rider series. Over the years that I attended the rally regularly, I met people from all walks of life: one-percenters, lawyers, bankers, artists, truckers, farmers, and even a priest—all dressed in black leather and bandanas. All on break from their lives. The biggest thing that struck me is that they came to party but there always seemed to be more. Some shed their daily images to be someone else for a week; some embraced things they could not say or do around colleagues; some just wanted to make a few bucks, and some were looking to find a part of themselves lost to the daily grind. I realized the Classic, and events like it, exist and thrive because they are the ultimate playground—free from social expectations and consequences.

Runaway Virgin, as does the rest of the series, explores one of the reasons people ride to Sturgis. It is a freeing experience, and for Neva, as it was for me all those years ago, it is a turning point, a moment to stand on the edge of the forbidden and spread her wings wide before leaping into the unknown with unmitigated zeal. As brief as Bike Week itself, I hope the Rally Rider stories offer readers a short respite in their otherwise hectic lives.
L.C. Dean Guest Post