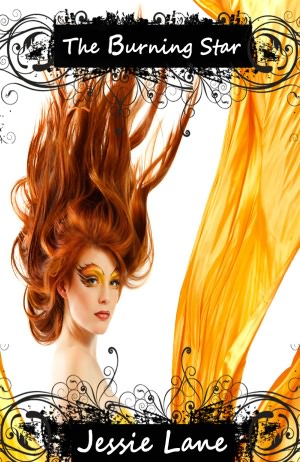 She'll have to believe the unbelievable to survive.

The doctors have told Kay that she will die before she reaches her eighteenth birthday. Her mother’s determination to save her life leads them to a move outside of Asheville, NC to a new set of cancer specialists in the hopes to help her. But it’s not what Kay and her Mom find in the doctor’s offices in
Asheville that lead them on the journey to save her before time runs out. It’s what Kay finds in the woods outside of Asheville, and an inhumanly gorgeous guy named Ryan, instead.

Myths and fairy tales come to life before Kay’s eyes, bringing her closer to the ultimate cure if she can stay alive long enough to get there. And if the cancer doesn’t kill her before she finds the cure the secrets her mother has hidden from her may be the beginning of the end.
Can she reach her destiny before tragedy strikes?


Available to buy ebooks at:

Available to buy book in print at:
Createspace

Melissa: Not having to redo anything I wrote, and an endless supply of double stuffed Oreos at my disposal and coffee. And hopefully not being interrupted by anyone.

Crystal: Sitting under an umbrella in a comfy chair on an empty beach with not another soul in sight writing on my laptop that has an endless battery and a cooler filled with yummy drinks and munchables at my disposable. That’s like writing heaven!

Melissa: Reading a lot of fantasy novels and getting acquainted with my imagination. Of course
Crystal had to do a little Norse mythology homework as well as brush up on her geography since she could practically get lost in a cardboard box.

What was your inspiration for this story?

Crystal: A vivid crazy dream was the inspiration for this story. Of course my husband thinks I ate something bad to cause said crazy dream but we don’t listen to him anyways.

Melissa: Brendan was the one that I enjoyed contributing to his development throughout the book.

Crystal: I like writing my secondary character Rafe who is Hawaiian because writing in ‘pidgin’ is fun. (Bet that’s going to make a few people ponder, hehehe)

Crystal: The main character Kay was based on a combination of what I thought my two daughters will look or act like when they’re older. Kay very much has some of my youngest daughter’s physical traits and my oldest daughter’s budding personality.

At the moment we are working on two other books for two different series before we continue writing on the sequel to The Burning Star, which Crystal has already started, called The Frozen Star. We are branching out into the adult paranormal and contemporary romance genres. One book is titled Secret Maneuvers and is the start to our Ex Ops series about a black ops type group secretly run by the CIA with very alpha like heroes and the woman that love them. (Or want to strangle them depending on the situation) The other novel is titled Big Bad Bite and is the start of the Big Bad Bite series starring all kinds of fun supernatural characters and their crazy love lives.

Believe it or not it seemed like Nick didn’t want to do anything I’d written for him to do. He very much wanted to write the story more to his liking. Pushy werewolves.

OoOhhh can we have both, in IV form! Chocolate and coffee yay!

Melissa: I’m a big nerd/geek. So I read and play video games with the hubby.

Crystal: When I’m not spending time with my girls and husband watching a movie then I am reading. My nose is always stuck in a book.

Melissa: In some ways I relate to Kira. Not to spoil the book, but I understand her the most. Her fighting spirit, the way she sees herself and her dreams of something better.

Crystal: Maybe it’s just me as a writer but I see a little of myself in every character I’ve written. However there’s never been one definitive character that I’ve written that I could say, “Yeah, that’s me.” Because if I wrote that character everyone would know just how nuts I really am. Wait. I probably shouldn’t have announced that last part huh? Opps.

Who is Jessie Lane?

‘Jessie Lane’ is actually the writing team of Crystal Leo and Melissa Pahl. Coming up with our name was just the first in a long line of learning how to work and compromise with another author. Instead of playing rock, paper, scissors, or having a wrestling smack down over what our name should be (which with the two of us are very real possibilities), we both chose some of our favorite female fictional characters and wrote one long list. In the end we both agreed on ‘Jessie Lane’. ‘Jessie’, is Melissa’s favorite female lead character from the movie, Queen of The Damned, and ‘Lane’ after Crystal’s favorite female lead character from Karen Marie Moning’s ‘Fever Series’ with MacKayla ‘Mac’ Lane.
Interview with the Crystal Leo and Jessie Lane