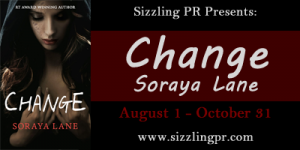 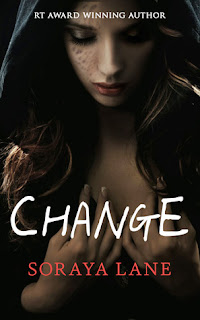 When her twin sister dies of a mysterious heart condition, Riley King is sent to her grandma’s ranch. But instead of the isolation she’s been aching for, she learns of a family secret that’s been deliberately kept from her, until now.

As if finding out she’s actually a leopard wasn't enough shock for one vacation, Riley meets Hunter Logan … the guy she’s promised to. For life. But Riley has no intention of being told what to do by anyone, certainly not some stubborn, dominant shifter. Even if he can make her purr, her claws are slicing out. Until Riley realizes that not fulfilling her destiny would commit her sister to a life on the other side without her.

Ever since the death of her twin sister things have been going downhill for Riley and they get even worse when she is sent to her grandma’s ranch. There she learns of a secret that her family has been keeping from her. She finds out that she is a actually a leopard and worse yet that she has been promised to Hunter Logan for life. Intent on controlling her own life she does her best to resist him. However she soon learns that not fulfilling her destiny would commit her sister to a life on the other side without her.

The story was compelling and beautifully written. The descriptions helped to transport me to Riley’s world.  The storyline was unique and kept me guessing the whole way through.

Riley was feisty and knew how to handle herself. She didn’t let anything stop her from doing what she thought was right, but she also had a big heart and would do anything for her loved ones.

Hunter was a bit intense and a little mysterious. At first it is easy to dislike him for what he and the family have done to Riley, but then as we get to know more about him I came to love him just as Riley did.

This story has a sweet romance, tons of action, and will transport you to a world where things are not always what they seem. I highly recommend this to all paranormal romance lovers it is definitely a book you can sink your teeth into.