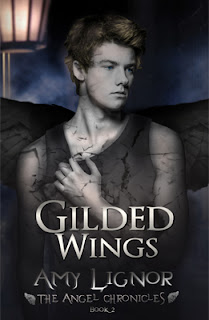 The Beloved Angel-Warrior Team from Until Next Time Returns!

When Matt and Emily are sent on their second mission they have no idea how truly dark human nature can become...

Emily never wanted to face humans again. With the heartache that went on down below, she’s still trying to figure out how to save souls that don’t deserve saving. The only one she wants to see again is Jason - the young man she fell in love with who became the soulmate she simply can’t forget...

Matt was trained to protect and defend the souls down below. Longing to feel the heartfelt emotions that come from being human, Matt wants nothing more than to have just one life - one chance - to live and love the girl of his dreams...

The powerful team find themselves in a brand new century, living in the Gilded Age of New York City. Emily takes over the body of Anya, a young Russian girl who arrives on Ellis Island after a hideous tragedy. There she meets up with a strangely familiar young man by the name of Drew Parrish, who helps Anya survive in an unknown world of luxury, snobbery and…obsession.

What Anya’s inner angel doesn’t know is that the soul she loves is also back. This time around Jason goes by the name of Max Carrow. Once a quiet and kind boy, he’s now part of the ‘Four Hundred Club,’ and wants nothing more than to be among the most admired as he climbs the shaky ladder of society’s elite.

As two worlds merge, Emily and Matt struggle under the weight of their “Gilded Wings.” Not only will they have to figure out who they should fight to save, but they must also face a romantic choice that could destroy them both.

Amy Lignor began her career at Grey House Publishing in northwest Connecticut where she was the Editor-in-Chief of numerous educational and business directories.

Now she is a published author of several works of fiction. The Billy the Kid historical The Heart of a Legend; the thriller, Mind Made; and the adventure novel, Tallent & Lowery 13.

She is also the owner of The Write Companion, a company that offers help and support to writers through a full range of editorial services from proofreading and copyediting to ghostwriting and research. As the daughter of a research librarian, she is also an active book reviewer.

Currently, she lives with her daughter, mother and a rambunctious German Shepherd named Reuben, in the beautiful state of New Mexico.

I take another shallow breath when I see the word Anya staring back at me from the top of the page. “Unlike you, this life wasn’t funny.”

His mouth turns up at the corners and he brings back that Irish lilt he loves so much from the first time around. “Adventure never is, luv. But I’d do it all over again— even the bad parts—if it meant I could be sitting here feeling the way I do right now.”

My stomach tightens; my wings tighten against my back as if forbidding me to take flight, forcing me to face the inevitable. My soul hurts. I know that I’m about to take a quantum leap of faith to resurrect my hope and, most importantly, try to answer my beloved partner’s prayer.

When a Good Guy Goes ‘Bad.’

The one I remember from childhood is when Superman (in Superman III), went from the All-American hero that protected everyone, to a guy who never shaved, walked around in dirty spandex, and went (ah-hem) with a bad girl. It was devastating to see the one we all love turn sour. But when the poplar theme music returned - when that dirty, icky guy was tossed to the curb and Superman came forth once again - life was all good.

It’s an extremely difficult thing to see good guys, or girls, go bad. In Gilded Wings (hint, hint) there is a much beloved character who is placed into a brand new life, and I had to figure out if this time around he would win. Yes, this character is still lovely and charming, but the outside world has taken its toll on him.

We all know this is a reality. Very good souls with good thoughts can be altered by what they see, hear and witness all around them. From jealousy to anger, envy, greed - the ‘7’ sins can change a person depending on what their weaknesses may be. Now, the heart is still there and that goodness still exists, but they just need that special someone in order to ‘wake them up’ from their pain.

Gilded Wings is set in one of my favorite time periods - the beginning of the Gilded Age in America. New York City was filled with the rich who were working their behinds off to become part of the ‘elite.’ They owned their summer homes, servants and some even reached out to the people walking off those Ellis Island ships in order to provide them with a better life. Unfortunately, some of the wealthy had grown a bit too big for their britches and not only brought harm to the immigrants, but began to not care one little bit who they were destroying while climbing that social ladder.

As you read about Emily and Matthew - two immigrants who found themselves in different places - I hope you see the intricacies of what the outside world can do to someone that’s beloved by one and all. And, perhaps, we can one day change the mindset of others. And instead of looking down on one another - we can look each other square in the eye. Maybe to do this…all we need is an angel/warrior team who wants us to stand together.

Until Next Time, Everybody,
Amy 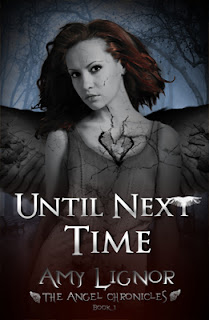 How does a girl choose between the one who steals her heart and the one who owns her soul?

Matt and Emily were created for a specific job. Raised and trained as the ultimate angel/warrior team, they are sent down to save, defend, judge and forgive, depending on the 'life' they've been assigned. What they don't realize is that the power of human emotions, such as love, anger, passion and fear can take over even the best of souls, causing them to make mistakes and follow paths that lead to confusion and heartache.

When the reason for their training is finally revealed, the angel/warrior team find themselves thrust into a world they know nothing about. Matt takes over the life of Daniel, a young man with a great deal of baggage. Emily becomes Liz, a girl living in a remote village who relies on nothing more than her own strength to survive. A violent storm erupts one night, and framed in the window of Liz's establishment is a frightening face. Let in by the soul of a Good Samaritan, the two visitors bring with them a past full of secrets that could literally change an angel's path and a warrior's plans.

From murder to redemption, this angel/warrior team must find a way to keep the faith they have in each other in a world that's ripping them apart.