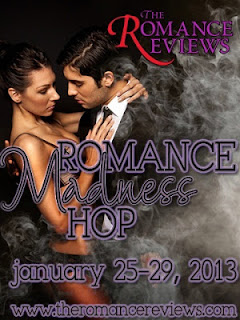 
Synopsis:
Sophia Waterhouse has always been afraid of needles and vampires so there’s no way she wants anything to do with a modern day Count Dracula—even if he does come wrapped in the package of a huge Kindred warrior with blond hair and ice blue eyes. She’s only on the Kindred Mothership to participate in her sister Liv’s wedding and that’s all.

Sylvan is a Tranq Kindred who has made a sacred vow never to call a bride. After a devastating rejection on his home planet, his heart is a block of ice no one can melt—or so he thinks until he meets Sophia.


When their ship is forced down in the middle of a rugged mountain range Sophia and Sylvan are stranded. Running for their lives they have only each other to depend on. Will they give in to the intense attraction between them or will the evil hunting Sophia take its toll? You’ll have to read Brides of the Kindred Book 2—Hunted to find out.
More about the Brides of the Kindred series


Beast Kindred—Savage in battle these dark, brooding warriors from Rageron bring their passion and intensity to the bedroom. They possess a very special endowment that ensures every sexual experience is a tantric one.


Blood Kindred—Cold as ice to their enemies, these tall, blond warriors from Tranq Prime warm up when they find the right woman. But be careful…they bite.


Twin Kindred—Muscular and rugged, these warriors from Twin Moons always come in pairs and cannot be separated. They experience physical pain when parted from each other…or the one woman they both choose to love.


And then there is the enemy…

The Scourge—A genetic trade gone wrong, these menacing outsiders have twisted desires and sexual needs fierce enough to frighten away even the most adventurous. Their need to dominate and possess their women completely has led to a strange prophesy that they must fulfill…or die trying.

Vampire Aliens?? Not quite...

Blood Kindred do not drink blood on a regular basis. However, when the one woman meant for them shows up their teeth will elongate so that they can drink from their essence during bonding. These aliens tend to be a bit aloof in general and come from the coldest planets out there, but they quickly warm up to their mate.

For anyone who enjoys a bit of biting from time to time and/or would love to break that icy calm of the Blood Kindred you will love Hunted by Evangeline Anderson.

Warning: This series is highly addictive so go ahead and try it, the Blood Kindred they don't bite, unless you want them too.

Why You Should Read This

To celebrate all this lovely romance I am giving away a book with not one, but three amazing romances by some great authors to one lucky commenter! "Rescue me" by  Cherry Adair, Cindy Gerard, and Lora Leigh

When Dr. Elizabeth Goodall is kidnapped and held captive in the African jungle, her only hope for rescue is counterterrorist operative Sam Pelton. But to escape from a brutal warlord, they must confront a powerful attraction that could prove more treacherous than the wilds of the jungle…

Em Delaney has wanted bad-boy Macey March for as long as she can remember. But as a Navy SEAL under the command of her overprotective godfather, Macey is off-limits to Em…until a kidnapping attempt forces them to share tantalizingly close quarters—and a forbidden desire.

Assistant D.A. Elena Martinez never wanted to fall for police detective Seth King. When they are teamed up on a charity hike in the Grand Canyon, however, their chemistry sizzles under the desert sun. But a vengeful drug lord is determined not to let them survive the canyon with their lives—and love—intact


Head on over to the next stop in the blog hop by clicking the button below: