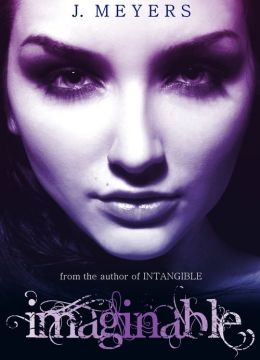 Twins Sera and Luke Raine’s unusual abilities are growing. Sera is healing vampires now, making them human again. And, at times, Luke can actually change the future he Sees.

But Sera’s healing has dangerous consequences, and though Luke is altering the outcome of more visions, he can’t control them yet.

Now Sera is in danger as the dark creatures of the Realm seek to use her. As Luke struggles to master his gift in order to save his sister, he discovers even more about his powers.

And what he learns just may put him in greater danger than Sera has ever been.


My Thoughts
The adventure continues with Imaginable.

The twins are just getting the hang of their power when they find that there are some disastrous consequences that come with them. I am happy to say that the sequel is even better than the first! We once again have some great writing and a fast paced plot that likes to throw some twists and turns along the way.

Sera is now in danger because of those who would use her power for their benefit. I loved getting to see more of her even if she wasn't in the best of situations. She wasn't able to do much about her situation, but she never once gave up. I knew she was a strong character, but I think it was brought out even more when she was put in a somewhat helpless situation. You never really know how strong you are until you are backed into a corner.

Luke really got to shine in this novel! He not only has to master his gift, but save his sister as well. Controlling his visions has gotten better, but it is still very dangerous. I liked that we got to see a lot more of him in this novel and understand him a bit better.

There were also a lot of new characters that were so much fun getting to know. I also really liked the world building in this story. The Rhealm is so mysterious and beautiful. The author really does a great job at really making you feel like your a part of the story.

Will Luke be able to master his gift and save his sister? Find out in Imaginable!