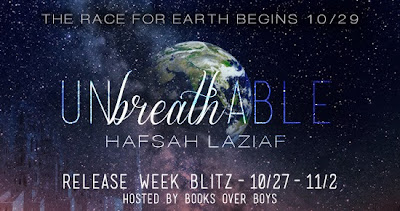 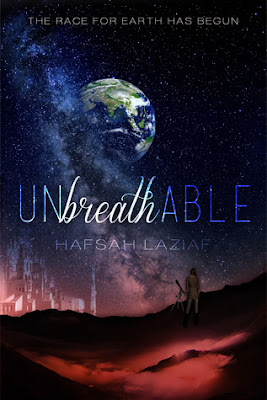 One hundred and fifty years ago, Earth was destroyed, and the remaining humans fled to the dusty red planet of Jutaire, where the only oxygen is manufactured, food is scarce, and death strikes often.
When Lissa's father discovers Earth still exists, she accidentally inhales the toxic air of Jutaire, and in one breath, discovers she isn't quite human.
Her father hangs for his discovery, and Lissa knows the Chancellors will come for her, for she saw the Earth that night too. With nothing to lose, she sets out to expose the truth. It isn't long before she meets Julian, a beautiful boy who can breathe the toxic air like she can - and shows her that the Jute, the original inhabitants of the planet, are more tangled in their lives than she knows.
But the Chancellors are only pawns in a greater game - one where the Jute control everything. Worse, the Jute plan to leave Jutaire for Earth, but to get there, they need her. And they'll stop at nothing until Lissa is in their clutches, even if they kill every human in the process.
The race for Earth has begun.

Unbreathable is a tale of love, redemption, and sacrifice, and one girl's struggle to find her place in a world where she doesn't belong."


Q. If you had to describe yourself using three words, they would be…
A. Ambitious, self-conscious, shy


Q. ZOMBIE APOCALYPSE. *it happens* Which literary characters would you want by your side?

A. Can I choose a character from my own book? Julian. Or Rowan. Not both, though. Eesh.


Q. What about writing captivates you the most?

A. More than an incredible plot (though it depends on the book), a beautiful writing style. Poetic prose - though not to the extent where I start yawning.


Q. Unbreathable is your upcoming release. How would you describe it in one sentence?

A. Unbreathable is a tale of love, redemption, and sacrifice, and one girl's struggle to find her place in a world where she doesn't belong.


Q. What was the hardest part of writing Unbreathable?

A. Figuring out the conflict. I’m the girl who can’t plot, so when Unbreathable was sparked by the line mentioned above, I had no idea how to continue the story. When I was halfway through, there were so many possibilities and directions the story could take. I loved that, but it was terrifying as well.


Q. What’s one thing that readers would be surprised to find out about you?

A. Hmm, I’m not sure! That everything about Unbreathable - the cover, the trailer, the marketing - was done by me.


Q. What book are you currently reading?

A. Perfect Ruin by Lauren DeStefano


Q. Can you share anything about what you’re working on at this time or what’s next?

A. I’m just getting started on the sequel to Unbreathable, though I’ll probably alternate between that and a new YA fantasy that I am so excited to share with you all.

Q. If Lissa and Julian were superheroes, what would their names be?

A. Oh. Julian is a little like Captain America, I guess, serious, quiet, and always thinking. Lissa… I’m not sure! You can decide for me ;)

If Julian notices my confusion, he doesn’t let on. In fact, he swiftly switches topic. “Did you really see the Earth?”
“Yes.” The word flies free from my lips. The outburst between Julian and Slate disappears from my mind. I’m light-headed, filled with a giddy happiness, at the thought of having another person to trust, despite the tendrils of warning fear.
“What’s it like?” For a moment, I think he's asking about trust. But when I meet his eyes, I know. Only one thing in our dwindling world can lighten and brighten a person's eyes to full awe.
“Earth?” I ask anyway. He nods and excitement builds in my chest. I've never spoken to anyone about Earth. It’s a secret that could take me straight to the gallows. But right now, I don’t care. “It really is green and blue and white, but different. Alive, almost.”
His eyes light up and I want to grab his hand and push away the sun, entice the moon into the sky so I can show him Earth. But I don’t have a scope. I don't have the courage to reach for his hand.
“It’s a perfect round thing floating in a universe of darkness. When you've heard all your life that it doesn't exist, that it isn't real, seeing it for the first time shatters everything else. Everything you thought you knew is a lie.”
“Seeing it in the sky for barely a heartbeat is all you need. Nothing else matters, you know?”
My question echoes in awkward silence. I finger the hem of my shirt and when I meet his eyes, he's staring at me with an expression I can't place. His eyes are a mixture of dark and light and I can't bring myself to look away.
Heat creeps up my cheeks. With a jolt, I realize I'm sitting alone in a room, too close to a boy.
“What?” My voice is barely a whisper.
“Nothing.” He shakes his head. His voice is even softer, close to my whisper. Despite his answer, I can see the words waiting to be said.
“It’s so many millions of miles away”—he pauses and searches my face—“and look what it’s done to you.”
He's right. I can feel it, like a beacon of light inside me, spreading all the way to the tips of my fingers. Even before I saw the Earth, I felt it.
Only Earth could do that to me. At least, that’s what I thought when I saw it that night. But when he looks at me, I think… I think I feel it too. When he speaks, he seems to understand. I’ve been isolated for seventeen years, knowing no one but Father, who knew me all my life, who never truly understood me. Julian has known me for less than a day and he knows. I'm a person in his eyes. Not a shadow who became a criminal’s daughter. 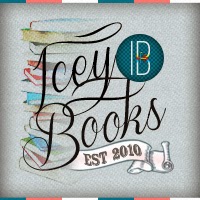 About the Author
Hafsah Laziaf was born on the east coast on a hot summer day in 1993, raised on the west coast and is now stuck in the middle – in Texas – with more books than she can read. She’s the designer behind IceyDesigns and the blogger behind IceyBooks.
UNBREATHABLE is her debut novel.