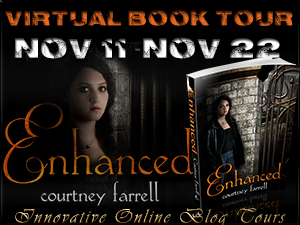 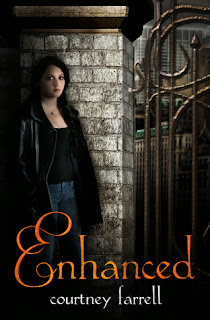 (Click on the cover to add the book on Goodreads)

Michelle was born into the Institute’s eugenics program, where doctors breed people like livestock. One powerful man decides which children grow up, and which disappear. Culls are dumped in the slum outside Institute walls, and those kids never come back. Michelle has survived every purge, and she’s about to win a luxurious life as a breeder. When her brother and her boyfriend are both mysteriously culled, despite their high scores, she goes over the wall to find them. Alone in the ghetto, she’s in trouble until handsome, streetwise Dillon stakes a claim to her. She’s mortified because the Enhanced see Norms as little more than animals. But the doctor is using the missing boys in a twisted experiment, and she needs Dillon’s help to stop him. Michelle must rescue the boys, but a plague is spreading, the doctor is after her, and Dillon isn’t thrilled to help her find her lost boyfriend.
MY THOUGHTS:

I got this book from the author free of cost in exchange of an honest review from my side.
Firstly I would like to thank the author and the publisher for giving me this opportunity of reading and reviewing this fabulous book.
I thoroughly enjoyed it and loved the unique concept as well. The pacing is good and it kept me hooked in. Moreover I liked the characters a lot, they are developed and fully flourished, and even the side characters were very good. I loved Michelle and Dillon very much, Michelle is a perfect kick-ass heroine.
There is power-packed action and the action scenes were executed perfectly, moreover the suspense is eerie and the mystery interested me throughout the story. Sci-Fi and Dystopian lovers will like this story very much.
I loved the writing style of the author and the twists that the author introduced within the book really stunned me. A great and must read for ya all. 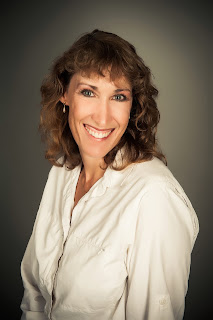 Courtney Farrell was once a molecular biologist, but her habit of daydreaming destroyed far too many experiments. As it turned out, writing down the movies behind her eyes was a lot more fun than lab work. Courtney is the author of fourteen nonfiction books for young people, mostly on social and environmental topics. She lives with her family on a Colorado ranch where they support a barn full of freeloading animals, including a fat draft horse and a bunch of crazy chickens. Enhanced is her first novel.