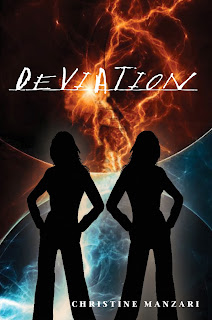 Being a Sophisticate of the Program seems like it’d be a pretty sweet deal: a little genetic alteration and anyone can be smarter, faster, and stronger. It’s a dream come true. All you have to give up is your freedom.

Cleo is a Sophisticate and she has a bright future in the Program. But she has a secret. When she gets upset, bad things happen. Explosive things. Things she can’t control.

When her secret is discovered, she’s sent to the Academy to train in the military branch of the Program. She’s destined to be a human weapon in the war that’s been going on since Wormwood occurred nearly 30 years ago. She soon learns that although her ability is unique, there are others like her — other Sophisticates with lethal skills and odd code names like Archerfish and Mimic Octopus.

Immersed in a dangerous game of supernatural powers and dubious motives, Cleo doesn’t know who to trust. Ozzy, the annoyingly attractive cadet who has perfect aim in weapons class and deviant lips behind closed doors, begs her not to use her powers. He’s the golden boy of the Program, but can she trust him? Or will she find herself a target, caught in his crosshairs?

I got this book from the author, free of cost, in exchange of an honest review.

Firstly I would like to thank Christine Manzari, author of Deviation, for giving me this opportunity of reading and reviewing this fabulous book.

I really liked the concept of genetically engineered humans because it somewhat feels to be real and maybe someday we will get to see that happen in reality. Though the concept is not a new one in this genre the author introduced quite a lot of twists which made the read unpredictable and interesting as well.

The characterization is good and I felt that the characters were developed well and the side characters were great as well. Cleo has a good life, as good and comfortable as a genetically altered sophisticate can have but she is different than the others and a bit too dangerous as well because if she gets annoyed she can cause a hell of an explosion, literally. So she is shipped off and forced to train in the military section of the Program where she meets others like her and discovers many secrets which are invisible to everyone. What price would she have to pay for knowing the actual truth? Ozzy, the golden boy of the Program warns her not to use her powers, what is his actual motive? Is he an enemy or a friend? Whom to trust and whom not to?

I adored Cleo’s character, she is strong, confident and a heck of a heroine. Ozzy was likable but I didn't felt him really attractive though. The super powers that we got to see are cool and some of them are unusual too. The action scenes are power-packed and I loved the fast pace of the story. The mystery kept me hooked in and I really enjoyed myself. Hope that you guys will enjoy this book too, go for it guys! 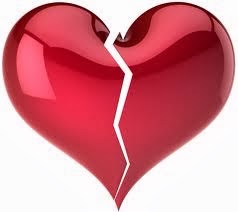 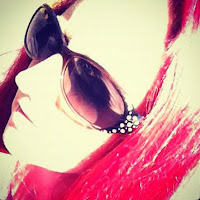 Christine Manzari grew up in Elkton, Maryland and loves to brag that she never had to suffer through middle school thanks to a very small highschool that she attended from grade 7-12. Christine graduated salutatorian of her class and is still immensely surprised by that fact seeing as how helping her son do his homework often gives her migraines. After highschool, Christine attended the University of Maryland at College Park and studied Fine Arts. When she wasn’t battling it out with paints and colored pencils in art classes, Christine could usually be found rollerblading around campus or flipping through a ring of fire (totally true).

Christine always wanted to be a writer, though, and for years while she fulfilled her need for creativity as a graphic designer, she kept reading and kept dreaming about writing. She never forgot those summers she spent at writing camp and promised herself that one day she would write a book.

In the summer of 2009, after five years as a stay-at-home mom and freelance graphic designer, Christine decided to make her dreams of becoming a writer come true. She started a blog called  Tine vs. The World where she could chronicle all the silliness that was her life and get her storytelling skills the exercise they so desperately needed. In January 2010, Christine was finally ready. She turned on her computer and wrote the first sentence of her first book.

When Christine isn’t writing, she can usually be found running on her treadmill, taking photos with her beloved camera, spending time with her family, or buying books at the bookstore to add to her already teetering to-read pile. Christine’s addictions include staying up late, drinking copious amounts of coke, collecting skulls (not real ones), wasting time on social media, and reading books...of course. Christine currently lives in Maryland with her husband and three absurdly adorable children.