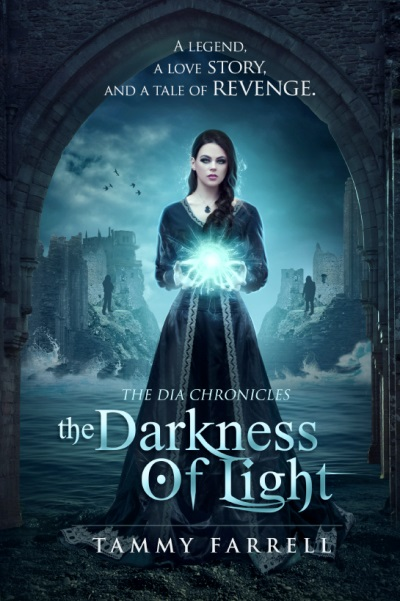 The Darkness of Light
The Dia Chronicles
Book One
Tammy Farrell

The world has long forgotten them, but their descendants live on, not wholly mortal or god, but something in between…

At the dawn of the sixth century, in the aftermath of her mother’s brutal execution, Mara Black is forced to flee the only life she has ever known.

Mara can tell she’s different, but isn't sure why. After she encounters two mysterious strangers, she discovers her secret is but a drop in an ocean of many. She is a Dia, a descendant of ancient gods, and her mother sacrificed herself to protect Mara from their past.

Summoned by an uncle she didn't know existed, Mara thinks she’s found the family she’s always wanted, and Corbin, a love she never thought possible. But not everything is as it seems. Her uncle has other motives for protecting her, and her mentor, Malcolm, becomes so jealous, he’ll do anything to get what he wants.

When tragedy strikes, and the true darkness among them comes to light, Mara discovers that sometimes love can give you everything, and obsession can take it all away. With her powers gone, and destiny calling, she has to look deep within to find the courage to save herself. Mara, along with Corbin and her newfound family, must fight to get back what was taken, or die trying.

The drums echoed off the walls as Corbin and Malcolm made their way through the back gates of Moorthrop. The guards and villagers were gathered near the green, leaving no one to challenge their entry, or seize their swords.
“We’re too late,” Corbin said through clenched teeth.
“I can see that,” Malcolm responded. “How was I supposed to know we wouldn’t make it in time?”
Corbin bit his tongue. Now was not the time to argue with Malcolm. They had a job to do. As they weaved through the rows of huts, an old woman called out to them. She sat near the door of her hovel, her body hunched with age, and a half-woven basket in her lap. “Here for the execution?” she asked.
Malcolm laughed at the woman with a sneer and continued on. Corbin stopped and looked at her with a tilt of his head; the knuckles of her hands were swollen, and appeared painfully stiff. “Will there be an execution today?” he asked.
She nodded and pointed to the square. “I never saw in all my life such evil as this. Killin’ folks fer nothin'.” She gave a disapproving shake of her head and began to fumble with the basket.
Corbin walked up to her and dropped a coin in her lap. When she glanced down at it, he took hold of both her hands. She gasped as the blue light from his fingertips covered her skin, but in less than a moment he stepped back, and the light vanished. Blinking in amazement, she examined her hands, her fingers spread out like wings, healed from the stiffness that crippled them. She moved her fingers up and down, and then met Corbin’s gaze and asked, “What magic is this?”
Corbin smiled. “I don’t know what you mean.”
Before the old woman could respond, he continued towards the green.
He met up with Malcolm as he approached the edge of the crowd. Malcolm used his energy to move the onlookers aside. The crowd of people wouldn’t know why they moved or even look at the two men moving past them. The power of the veil was a gift to their kind, to protect them from discerning mortal eyes. Most mortals wouldn’t have noticed Corbin much anyway. He looked almost human. But anyone could see that Malcolm, with his white hair and fierce gray eyes, was different, unnatural.
The man in the long black robe bellowed out to the crowd. “By order of King Gerren of the realm of Dumnonia, we are not to tolerate evil among us.” He pointed his finger at the accused woman on the platform. Corbin used his keen sight to examine her. She looked wretched, defeated, and certainly not one of their kind. Could Rowan have been mistaken?
Corbin turned to Malcolm. “Are they charging her with witchcraft?”
Malcolm nodded with a smirk. “It appears that way. Fools. They waste their time looking for witches. They have no idea what walks amongst them.”

Firstly I would like to thank the author and the tour organizers for giving me this opportunity of reading and reviewing this book.

I really loved this book a lot and the concept is very unique and interesting.

From the very first heart wrenching and dreadful situations swallow up the happy and content life of Mara who was having a peaceful life with her mother and neighbors until one day her mother was kidnapped and charged to be a witch. She was sentenced to death and Mara had to witness her mother's brutal murder in the name of justice but she manages to flee before she can be held as a captive.

On meeting Malcolm and Corbin she learns the truth about her identity, heirloom, true and blood relations and what she and her mother is capable of. All this truth for Mara was like getting stabbed a dozen times and at times she felt that even her mother betrayed her for keeping these secrets from her.

Rowan, Mara's uncle wants her to be on his side but why and what is his ulterior motive? Is he just worried about his niece or there is something else? Will Mara be able to handle all the responsibilities that comes with this power? Will she develop love interest for anyone and whom will it be? Malcolm or Corbin?

So many questions right? But I wouldn't answer those because or that you'll have to read this awesome story. I loved all the characters very much and Mara was my favorite but I liked Malcolm's witty comments. Isa was so cute and lovely. The story has a lot of suspense and mystery in it and I loved the twists very much. The storyline is great and the concept execution is also good. I liked the writing style of the author very much and the detailed descriptions were a treat to read. Great read that I'll recommend others as well and hope that you guys will enjoy it. 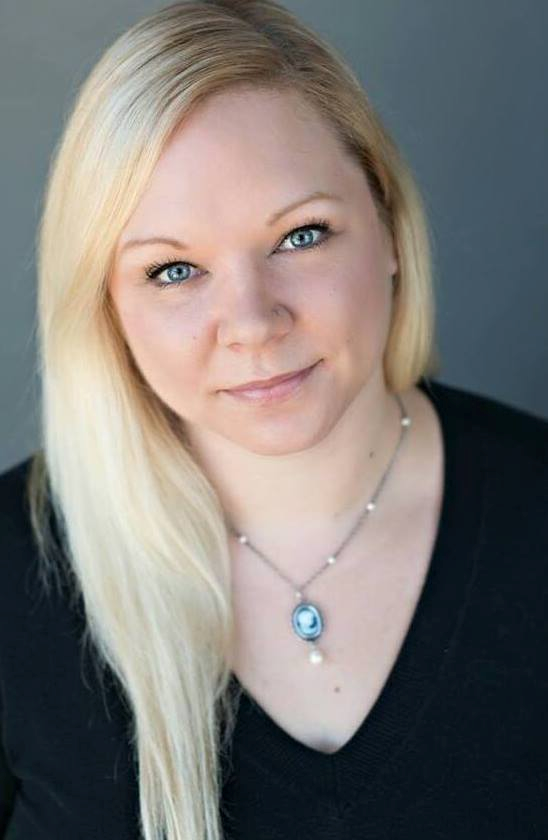 Tammy Farrell grew up in Orangeville, Ontario Canada where she discovered her love of writing, and all things related to Edgar Allan Poe. She now lives with her husband and four fur babies in Greenville, South Carolina, where she teaches pre-GED English and attempts to learn French when she isn’t busy writing. 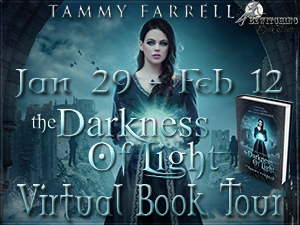