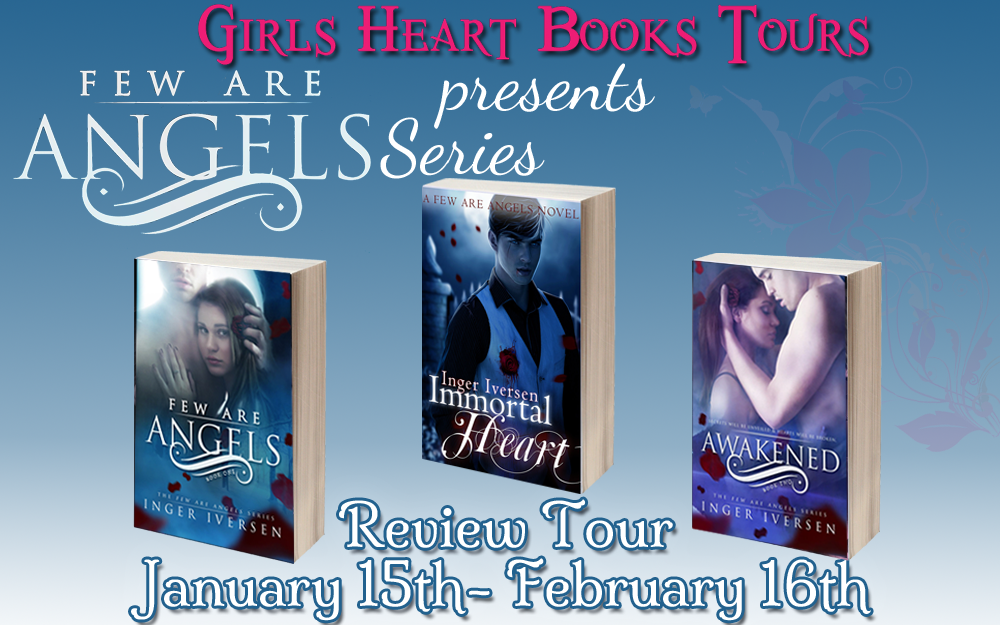 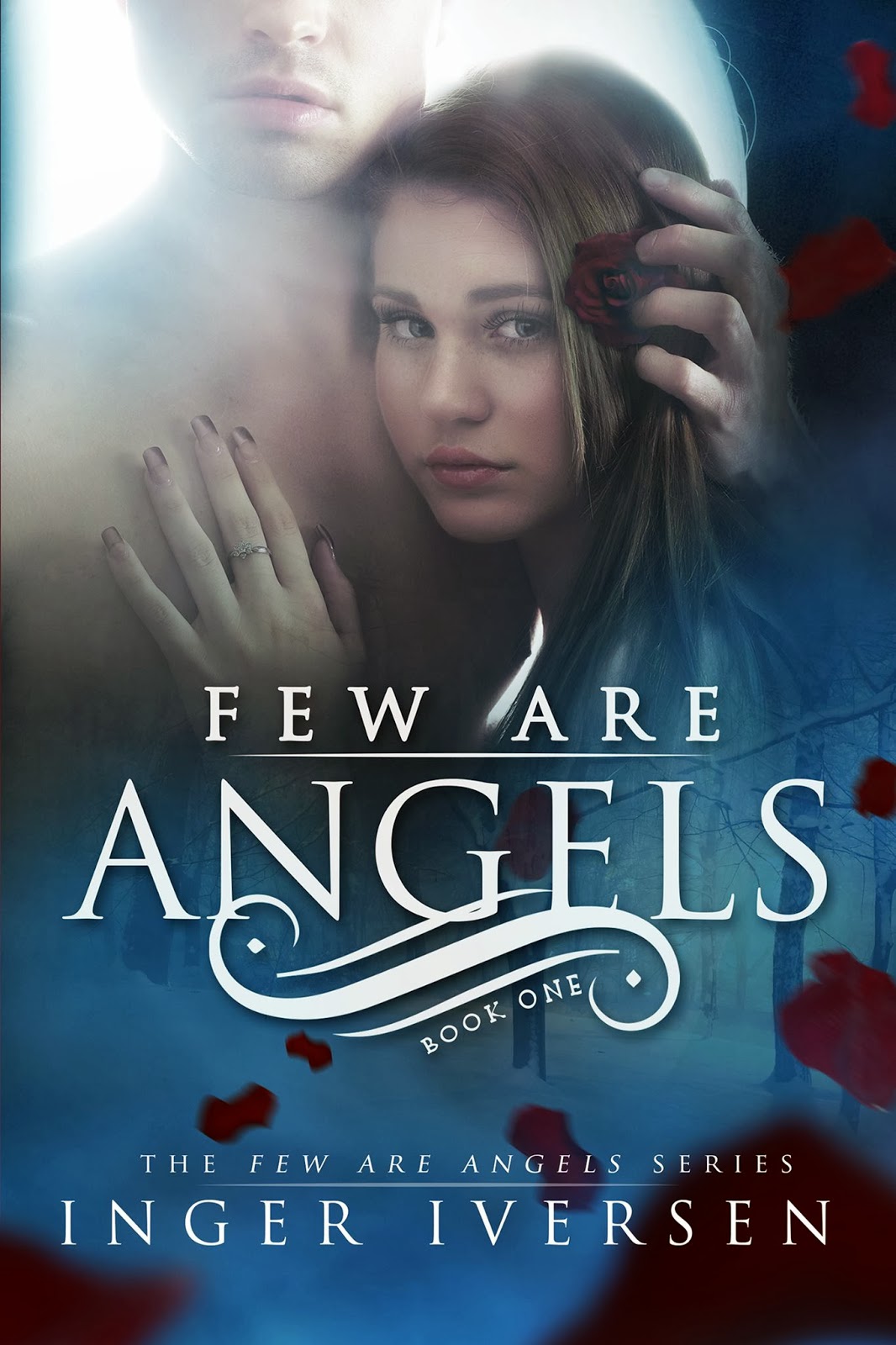 
Blurb-
After a fatal hit and run accident, Ella Monroe fears that she’s lost more than her beloved parents. Horrifying visions of a past life and a disturbing voice in her head have psychiatric professionals convinced that she’s lost her sanity as well. But when Kale--a dark and handsome stranger with a mysterious past--reveals the true meaning of her visions and the tremendous power she wields through them, Ella must come to terms with the devastating truths of her own past, while eluding an ancient Dark Prince who seeks to control not only her future, but all of mankind’s, by means of abilities that Ella is only beginning to understand.


Enter the shrouded world of an age old battle between an ancient race known as the Immortals and their bitter enemy Laurent, the so-called Dark Prince, who commands an army of half-breed vampires known as Chorý. Both sides have been desperately searching for the prophesied emergence of the Arc, a clairvoyant with unparalleled power to recall the past and a soothsayer with clear vision into the future.


The Council of Immortals has sworn to protect the Arc, whom they have identified as young Ella Monroe, a college freshman from Virginia living quietly and unaware of her powers or her past. But a renegade Chorý has other plans for the protection of a girl he has loved through the ages. Can Kale convince Ella of who she is, what she is destined to become, and what he once meant to her? Is he truly the best protector to shield the world from the devastating misuse of her powers that Laurent is bent on controlling? Or will the forbidden love they share and Kale’s cursed condition as a wretched and hated Chorý be used against them both?


This paranormal romance told from the heroine’s perspective builds in intensity and intrigue to a finale you won’t see coming. Heart pounding action mixed with heartwarming friendships and heartbreaking romance will leave you breathless and begging for more. 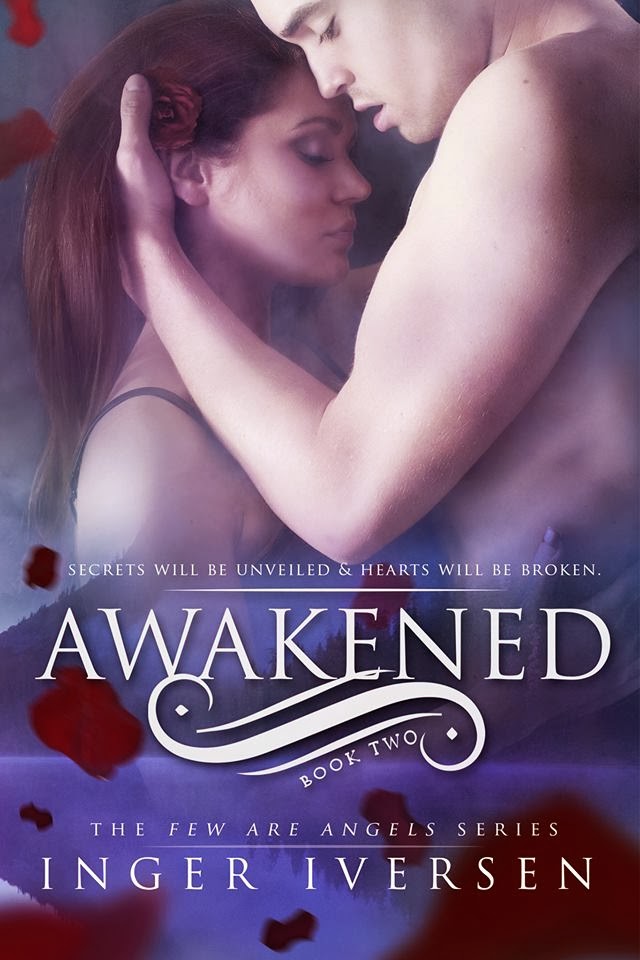 
Book Blurb-
What must he overcome to protect her?


With no clue of what to do next and the responsibility of looking after Alex and Mia as promised, Kale is up to his ears in problems and no solutions. How will Kale save Ella, keep Alex and Mia safe, control Jace as well as control the Bloodlust that creeps beneath the surface waiting to be released? Will Kale be Ella’s savior or will he convict her to a fate worse than the one Laurent has already promised her?


What truths will she learn?


Ella knows that the choices she makes affects not only her but everyone else around her, but what about the choices made to find her? Ella learns the truth about the death of her parents, learns that the ones she thought she could trust aren’t so trustworthy after all.
How will Ella handle these betrayals, and will she be able to sacrifice what is necessary to obtain eternal life? 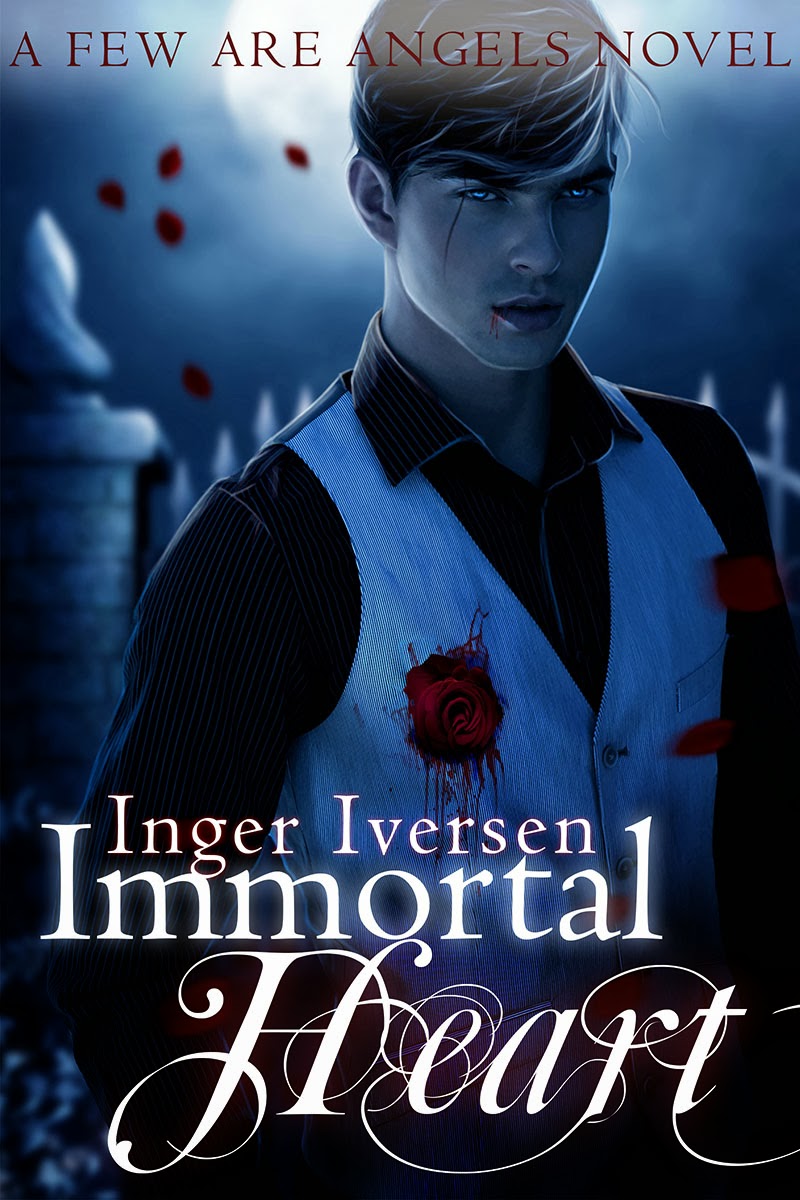 
Blurb-
More than a century after the tragedy of Hélène's death and before Ella found Kale bruised and broken on her doorstep, Kale moved through the world in a haze of personal punishment allowing it to consume him. Until his friend, Detective Deacon, a newly infected Chorý calls on him for a favor.


In this prequel to the Few Are Angels series, Kale is thrown into a world of human blood trafficking and is introduced to a Chorý that offers him a chance at happiness— in blood.

This is an overall review:

I got these books from the author, free of cost, in exchange of an honest review from my side.

Firstly I would like to thank the author and the tour organizers for giving me this opportunity of reading and reviewing these books.

I really enjoyed this ride and I loved each of the three books specially the 2nd installment in this series.

The characters are so developed and good that I instantly connected with them and I loved Ella, she had to go through and hell and back but still she didn't give up and kept pushing forward even when she was emotionally shattered. When her sanity was questioned she didn't end up accepting it rather she tried to solve the mysteries of the hallucinations that filled her mind and soul.

On the other hand I didn't quite enjoyed Kale's character. He was good but wasn't totally bind-blowing. I just hope that he would have been a little more irresistible but I didn't find myself quite attached to him.

Coming to the plot I would say that the plotting was good but it wasn't totally unpredictable. Many of the major twists could have been predicted from a far but still there were some twists that surprised me and I enjoyed them very much.

The 1st installment was a little slow in pace and felt a little boring at first and through out the book the explanations were dragged too much so I didn't like it very much but the 2nd installment just blew me away, it was really great and the development in the characters were visible and introduction of other characters made the read that much more interesting and when the mystery started unfolding slowly in Awakened, well that was the turning point of this series and it won the readers' hearts.

The novella was good too but I don't really feel satisfied after reading a novella because of the lack of detailed information but here the experience was 50-50 for me. I can't say that it was devoid of all the details but I can't even say that all the required details were present.

One thing that bothered me was that there was lack of kick-ass action scenes which are my favourite and it also makes the read intriguing. Most of the cation was shown in the hallucinations that Ella had but there wasn't much action in real life [as in the waking world of the story].

Overall a good read that I would recommend to all. So enjoy!!! 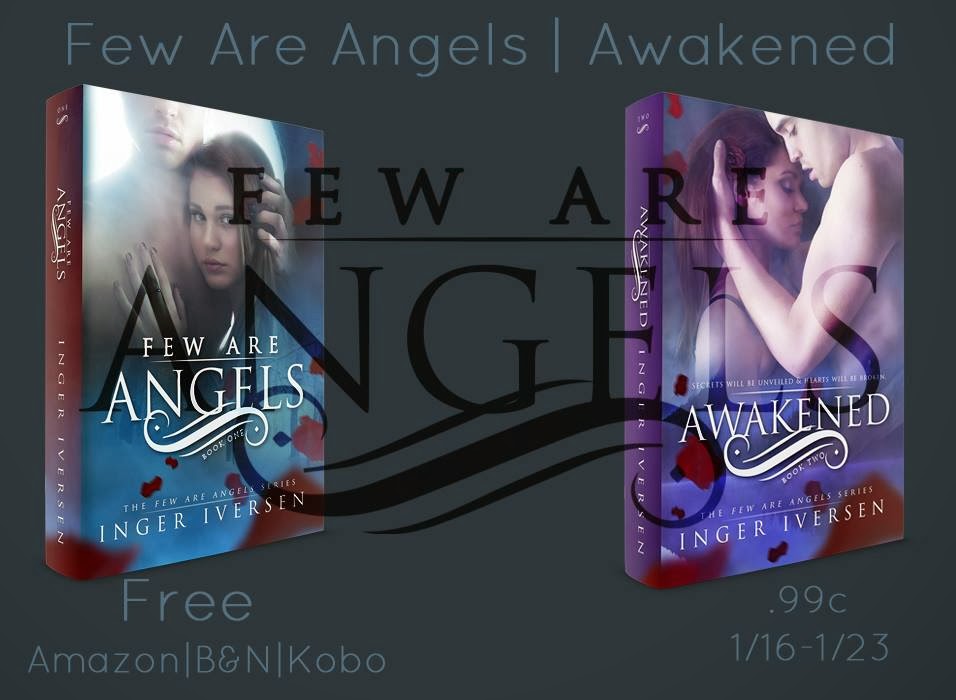 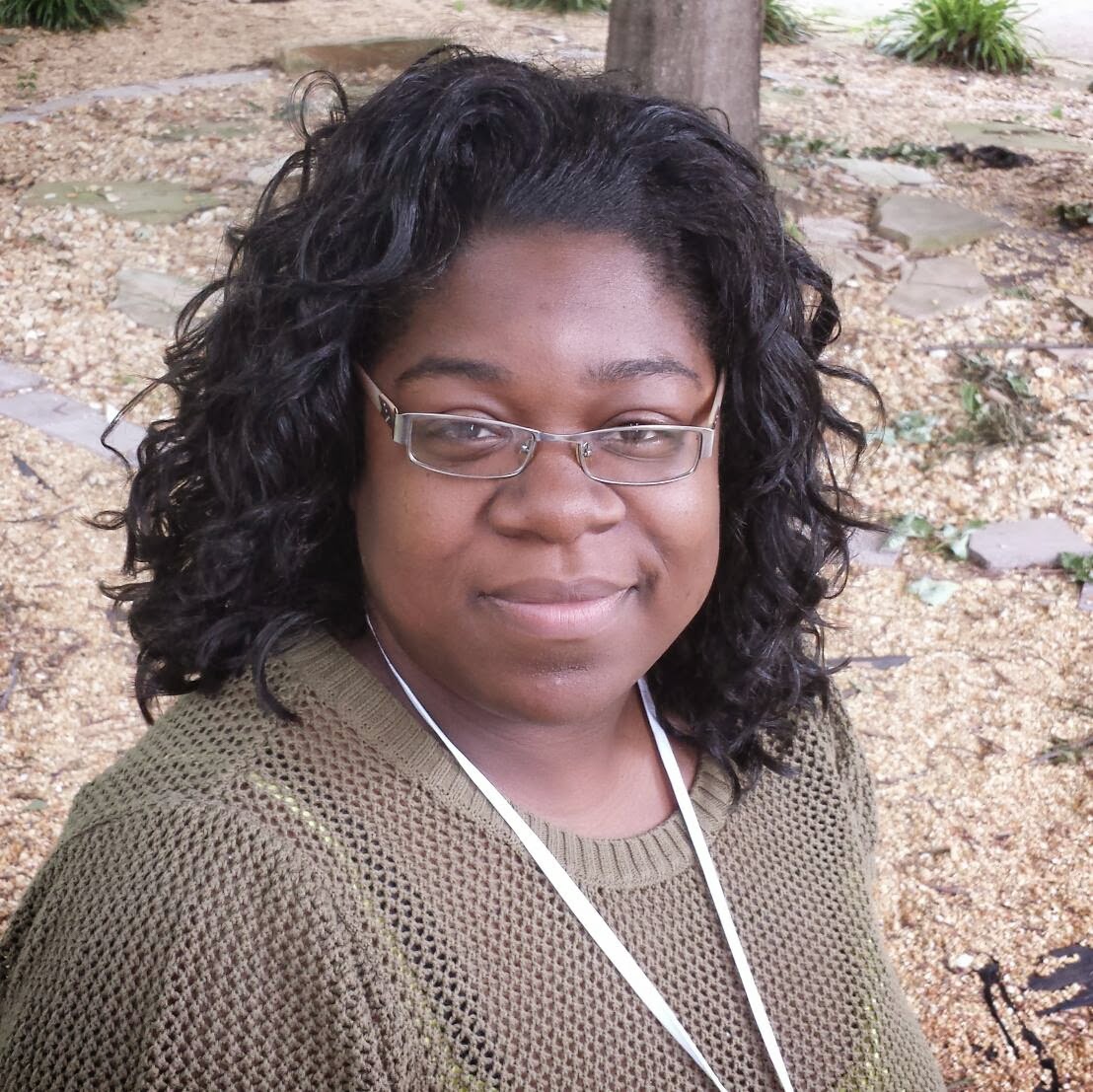 About the Author-
Inger Iversen lives in Virginia Beach with her tree-hugging boyfriend Joshua and her overweight lap cat Max. When not reading or writing she spends her time watching reruns of True Blood or killing zombies in Call Of Duty.