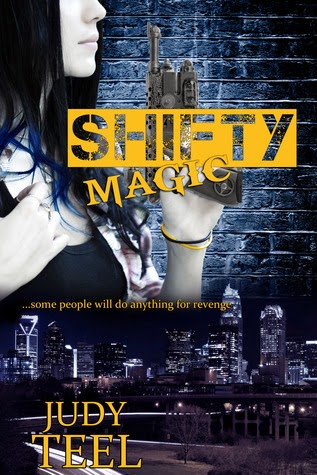 A tough teenaged girl hunts a serial killer in a paranormal dystopian world.

Abandoned at birth, Addison Kittner's been on her own since she was a kid--ever since the paranormal terrorists attacked cities around the world. Battling creatures that go bump in the night nearly destroyed human society. Good thing not all paranormals were evil and the terrorists were eventually stopped. Bad thing? Nothing would ever be the same again.

Now Addison makes her living as a private investigator and bounty hunter. One night she comes across a girl about to be killed by three rogue vampires. Addison kicks some vamp butt and saves the girl, even when one of the vamps escapes. Just her luck, he turns up dead the next morning, inspiring the vampire leaders to put pressure on her to solve the case or take the rap. As if that wasn't bad enough, her ex-lover, werewolf FBI agent, Cooper Daine, approaches her and gives her an offer she can't refuse...a paycheck. Mixing business with lust is never a good idea, but neither is starving, so she accepts.

But as the body count builds, Addison finds herself embroiled in an ever deepening and dangerous mystery. One that leads her to something frighteningly personal. Her unknown heritage.

I got this book from the author and the publisher in exchange of an honest review for being participating in this blog tour.

Firstly I would like to thank the author and the publisher for giving me this opportunity of reading and reviewing this book.

Well, I liked the concept very much and the developed characters were a treat to read about and I really enjoyed myself. The dialogues are crisp and very understandable. The mystery is thick here and I really liked the action scenes. The main female lead is awesome with the kick-ass quality and her confidence won my heart totally and impressed me a lot.

The writing style of the author is remarkable and I liked the detailed presentation of every detail which helped me to connect myself with the plot.

I would definitely recommend it to ya all and hope that you guys will like it as much as I did. 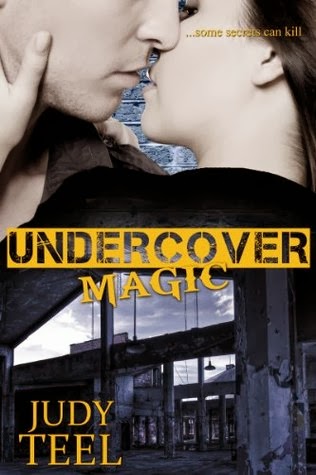 In a dystopian world where paranormal races are out of the closet, FBI partners must stop a dangerous drug cartel leader before more innocent lives are sacrificed.

Abandoned at birth, Addison Kittner's been on her own since she was a kid--ever since the paranormal terrorists attacked cities around the world. Battling creatures that go bump in the night nearly destroyed human society. Good thing not all paranormals were evil and the terrorists were eventually stopped. Bad thing? Nothing would ever be the same again.

For one, highly addictive drugs can be made from vampire venom now that the truth is out. Add in a little magic and the drug becomes irresistible. Addison's partner and on-the-sly boyfriend, werewolf FBI agent Cooper Daine, has been trying to find out who's behind this new threat to humanity. But when he gets too close to the truth, he finds himself falsely accused of taking bribes from the very drug cartel he hunts.

Addison knows he's innocent, but the FBI have other ideas and suddenly she finds herself in their sights. When they come knocking on her door and decide breaking it down is more effective, she does what any smart ex-street kid would, she runs. Next thing she knows, someone's trying to assassinate Cooper, Lord Bellmonte is threatening to hurt her friends if she doesn't find out who's making the drug, and talented kid practitioners are disappearing from their school without a trace.

As the lies pile up, one thing becomes clear--the mastermind behind the drugs is someone more powerful and evil than anything she's ever come up against. Addison doesn't stand a chance of winning. Not without giving up the one thing she treasures most--

Firstly I would like to thank the author for giving me this opportunity of reading and reviewing this book.

Well this book has a very unique concept and the mix of Dystopia with Mystery was perfect and the execution was brilliant too.

I liked the characters very much and the concept involving a fact that drugs can be made from Vampire Venom is new in this genre and it really bought a different kind of feel to this whole story. FBI dealing with supernaturals is really a great idea and the smooth flow of the mysterious events just took my breath away.

This book is suitable for both Dystopia and Mystery lovers because the author weaved this two genres so intricately and acutely that it became interesting and chilling as well.

I loved the ending very much and the writing style of the author gave life to the characters, it is rich and descriptive and thus succeeded in forging a bond between the readers and the plot. Over all a great read that will make you go crazy!!!