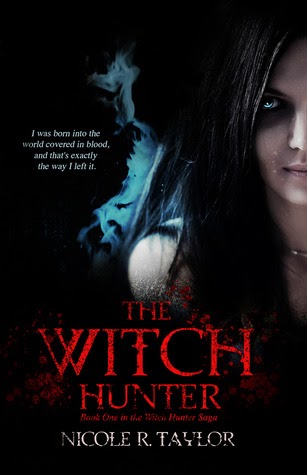 I was born into the world covered in blood, and that's exactly the way I left it.

Ever since, I have been damned to walk the boundary between life and death alone. Unwillingly turned and left to my nightmare, I have seen men commit countless horrors and committed many of my own.


My origins shall remain unknown, my true self hidden. I have been called by many names, but in this life I am known as the Witch Hunter. I have been asleep these past 150 years, until I was awoken by a haunting call.


Zachary Degaud was twenty three when he died. The problem was, he didn't stay that way.


Present day, he's just another vampire with another unremarkable story. That is, until he manages to provoke a two thousand year old witch named Katrin, who wants to make him pay in the most horrible way imagined.


Along with his brother Sam, newly made vampire Liz and their only witch ally, Gabby, his only chance for survival is to summon the ancient and unpredictable vampire known as the Witch Hunter.


Zac is just looking for a way out of his psychopathic witch problems, but instead will find himself falling head first into a blood feud that has stretched thousands of years.


Aya has been asleep for the past 150 years, until she was awoken by a haunting call. The witch she has been hunting for thousands of years, Katrin, has resurfaced and marked a young, annoyingly arrogant vampire by the name of Zachary Degaud. Unless she does something, he will die a slow and painful death. He has given her an opportunity to end the witch, but does she want to help him or leave him to his fate? Zac will get under her skin like no one else has and she just might find herself making the ultimate sacrifice before he is gone forever.


They will both have to choose sides and look deep within themselves before the end. But, what Zac learns about himself, will surprise him most of all.

I got this book from the author, free of cost, in exchange of an honest review from my side!

Firstly I would like to thank Nicole R. Taylor, the author of The Witch Hunter, for providing me this fabulous chance of reviewing your special book.

I just loved it! That’s all I would say at first. I really enjoyed this book, the blurb had me the first time I read it but I truly didn't hope the story to be such extraordinary, it was mind-boggling.

The action and horror parts were just great and it spooked me too. I loved the way the story progressed and became more and more interesting.

I heart Zac, who doesn't love a boy who is prone to risk and dangers? And I loved Aya as well because she is strong and definitely capable of kicking butts.

The story has a good splash of humour too and it really captivated me with the unexpected twists and turns which spiced up the read. 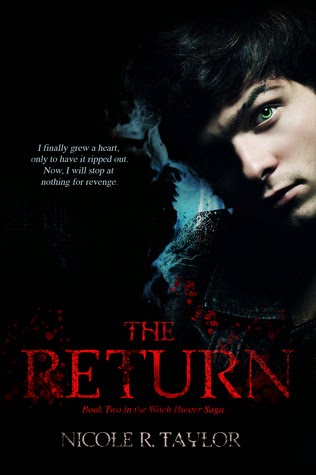 I've wandered my afterlife believing that I was the monster my maker told me I was. It was the only thing I knew. Not even my brother, Sam, could convince me otherwise.

Not until her. Not until Aya. She walked into my life like a hurricane of destruction and nothing would ever be the same again. None of us could have known what would happen next. What fate had in store...
I finally grew a heart, only to have it ripped out.

Now, I will stop at nothing for revenge.

Zac's afterlife is just going from bad to worse. He grew a heart only to have it torn out by the founding vampire, Arturius.

Nobody is sure what he wants, but Zac doesn't want to know. He's more interested in finding a way to end him for good. But, it might just be that he's after Gabby, who's harbouring a secret of her own, one that Arturius would do anything for.

Aya's past will come back to haunt Zac in ways he never thought possible and what he finds out will alter everything he ever knew about her. He will uncover a deadly secret that should have remained buried. A secret Aya has fought to keep for thousands of years. One she has killed for.
In the end, who's secrets will betray them to the one man who wants them all dead? Aya's or Zac's?

They'll need to figure it out sooner rather than later, because death is not an option.


I got this book from the author, free of cost, in exchange of an honest review from my side!

Firstly I would like to thank Nicole R. Taylor, the author of The Return, for providing me this fabulous chance of reviewing your special book.
Well, to be honest I was a bit disappointed with this book after having an awesome experience with book 1 but this story has it's own jewels and I loved it for that.
I liked the storyline very much and struggling to avenge your lost love, ah! That's my favorite of all times and here Zac's struggle and desperation is portrayed so beautifully that you'll have the illusion of being in Zac's head for real.
The deadly secrets and the anticipation of it's revelation will drive you crazy and you'll keep on reading on and on to discover that. What annoyed me a little is that many parts, specially unimportant parts were dragged on a lot and it really bored me at times and I skipped pages to get something interesting to read as fast as I can.
The character development is good and the plotting of the events one after the other is great as well. Over all a good read to continue this series. 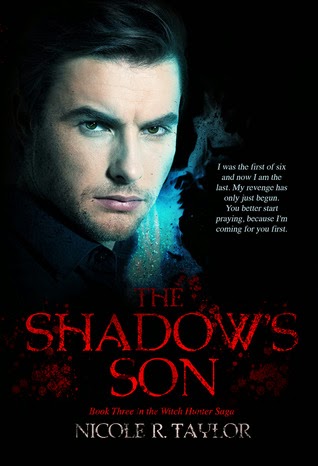 I am the oldest vampire alive and I am the most feared. Wherever I walk, death follows.
The downtrodden have the fiercest fire inside of them. Those are the vampires I want by my side. The pain they have been through only fuels their thirst for blood. Those I would ask to kill for me, simply because they bask in the glow of their true nature. The nature I created in my own image.
We are each our own devil and this world is our hell.
I was the first of six and now I am the last. My revenge has only just begun.
You better start praying, because I'm coming for you first.


When a mysterious stranger from Aya's past shows up in Ashburton it's not all good news. Tristan, a man she saved almost a thousand years ago, brings a warning that will affect not just her, but her new family.
Regulus is coming.
To protect Zac, Aya has to destroy the best thing that has ever happened to her. She has to pretend that their love has been a lie. But, is it really the right thing to do?
Aya travels to the other side of the world with Tristan to learn the secret behind Zac's blood and to hunt down Regulus before he can find them first. Tristan is her way into the Roman's circle, but she might just find that both her quests are more linked than she ever thought possible.
Heartbroken again, Zac must surrender to the darkest places inside himself if he ever hopes of coming back. Even if that means aligning himself with his greatest enemy. Even if that means turning his back on everything he's worked for and walking away from his brother, Sam.
Lovers are torn apart, friends are pitted against each other and families are splintered. But, what they find buried under the streets of London will change everything they've ever known about their world. Something that should have been left alone.


But, what Regulus does is the most unexpected of all

I got this book from the author, free of cost, in exchange of an honest review from my side!

Firstly I would like to thank Nicole R. Taylor, the author of The Shadow's Son, for providing me this fabulous chance of reviewing your special book.

Whoa!!! After the disappointment I faced while reading book 2 I thought that this would be not that good but Oh God, I was totally wrong. This read is so much more exciting and entertaining. Though it didn't surpass book 1 but clearly it's far more better than book 2.

The character were so well developed and I liked the way the dialogues were written , it's fab!!! I think this story has a lot of suspense in it maybe more than the other two had and I really enjoyed reading this and getting surprised every now and then with the great and unexpected twists and turns that shocked me totally.

A great ending and I would definitely recommend it to all and hope that you guys will enjoy it too.