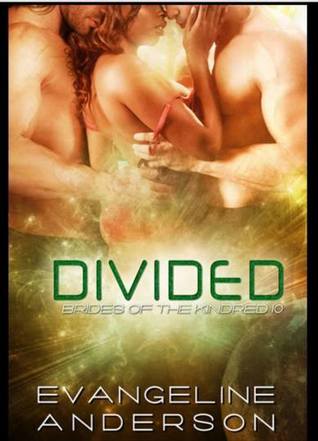 This is a SUPER PLUS LENGTH NOVEL--162,000 words long
One girl who was supposed to be a nun
Two hot twin warriors separated at birth
Both of them want her
But neither one can have her alone.
Because with Twin Kindred, it takes two...
How does a girl who's about to take her vows as a nun wind up with two hot warriors to pick from?
That's Becca Malone's problem. After eating a piece of bonding fruit cake, she wound up with Far and Truth, Twin Kindred warriors who were separated at birth and never formed a proper Twin bond. Because the twins hate each other, Becca feels free to choose between them...until the three of them fall into a vision of unspeakable terror...a vision that is about to come true if Far and Truth don't quickly form a bond. And guess who has to be the bridge between them?
Becca is scared to death she's going to wind up bonded for life and Far and Truth aren't too thrilled about the prospect of sharing her. But when the ominous vision sends them on a trip to a rogue planet where the inhabitants live out their lives in a strange, mental internet called the Mindscape, they have no choice but to come together in the most intimate way possible.
Becca comes to realize she can't choose between the light twin, sweet and gentle Far and the dark twin, intense and passionate Truth. But how can she be with both of them at once when the twins have sworn to be forever...Divided?

In this book we get to see even more strange and exotic worlds. The author does a great job of world building and really making you feel as if you you really are there. We even get to learn a bit about a new race that is very similar to the Twin Kindred and yet different. As strange as some of these worlds are even there customs it is extremely easy to get lost in them. Almost as easy as it is to get lost in between Far and Truth.

With a new threat that is targeting all unmated kindred it is up to the uneasy alliance between the trio to find a way to combat them. Becca, Truth, and Far are all still getting used to the strange bond they share and this causes some problems on their quest. The characters really grow a lot through the book and their journey was definitely an emotional roller coaster. The amount of feels this book had was unbelievable. I highly recommend a box of tissues and most importantly a fan. I was laughing, giggling, crying, and most of all very hot.

Becca is a very sweet and innocent woman, but he has been feeling anything but since meeting the twins. I really enjoyed getting to know her and admired her strength and the courage it took to protect those she loved. She was definitely taking on an emotional journey that really bettered her in the end.

Far is so sweet and intelligent. Everything a light twin should be, but he also had a deep pain that still haunted him. He was so much fun to be around and I couldn't help but feel for him when Becca and Truth fought the connection they had. All he really wanted was to be together with the ones he loved. I also found it interesting that even though he was the light twin he definitely knew how to take charge.

Truth is every bit as stubborn and pigheaded as a Dark twin usually is.  He did have a vulnerable side though, that came out around Far and Becca much to his dismay. His upbringing was a traumatic and caused much of his reluctance to bond. My heart really went out to him when I found out about his past. Its no wonder he was so afraid to get close to Far.I was so glad to see Becca bring these two together.

This story is so touching and very steamy I couldn't put it down. It is definitely longer than most of the kindred books, but I still didn't want it to end. I cannot wait to get the next book in the series it will definitely be "Devoured" by me!

My name is Katie and books have and always will be one of my biggest passions in life. There isn't a day that goes by where I'm not seen lost in another world of books. I am a Paranormal Junkie and am not ashamed to admit it. My Favorite Genre is Romance, especially Paranormal Romance, but I read all types of books and am never one to turn down a great story no matter what genre it comes from.
Get Free Email Updates to your Inbox!