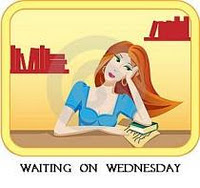 Waiting on Wednesday is a weekly event, hosted by Jill at Breaking The Spine, that spotlights upcoming releases we're eagerly anticipating. 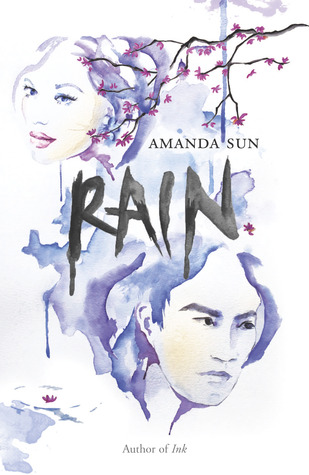 American Katie Green has decided to stay in Japan. She's started to build a life in the city of Shizuoka, and she can't imagine leaving behind her friends, her aunt and especially Tomohiro, the guy she's fallen in love with. But her return is not as simple as she thought. She's flunking out of Japanese school and committing cultural faux pas wherever she goes. Tomohiro is also struggling—as a Kami, his connection to the ancient gods of Japan and his power to bring drawings to life have begun to spiral out of control.
When Tomo decides to stop drawing, the ink finds other ways to seep into his life—blackouts, threatening messages and the appearance of unexplained sketches. Unsure how to help Tomo, Katie turns to an unexpected source for help—Jun, her former friend and a Kami with an agenda of his own. But is Jun really the ally he claims to be? In order to save themselves, Katie and Tomohiro must unravel the truth about Tomo's dark ancestry, as well as Katie's, and confront one of the darkest gods in Japanese legend.


Why!?
I have been waiting for this sequel it seems like for an eternity. There are so few books out there that really delve into modern day Japan like this one. I finished the first book in one setting and was just absolutely stunned by the beauty and mystery of it.

My name is Katie and books have and always will be one of my biggest passions in life. There isn't a day that goes by where I'm not seen lost in another world of books. I am a Paranormal Junkie and am not ashamed to admit it. My Favorite Genre is Romance, especially Paranormal Romance, but I read all types of books and am never one to turn down a great story no matter what genre it comes from.
Get Free Email Updates to your Inbox!