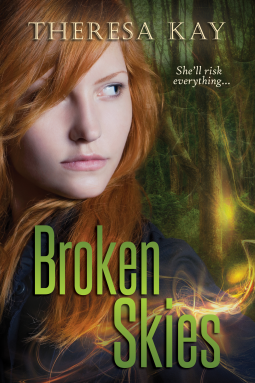 After the Collapse wiped out more than 90 percent of humanity, the aliens arrived. Known as the E’rikon, they sit within a shielded city, content to ignore the dwindling human settlements. Seventeen-year-old tomboy Jax Mitchell and her twin brother, Jace, are among the survivors, living within the community of Bridgelake.
When a terrified yet defiant Jax watches the E’rikon kidnap Jace, she decides to rescue him on her own. Wracked by crippling nightmares and panic attacks, Jax finds an ally in Lir, a handsome teenage E’rikon who was left behind by his ship. The two of them form an unlikely partnership, with Jax guiding Lir through human territory while the alien promises to sneak her into the E’rikon city. But as Jax’s connection with Lir intensifies, she discovers a shocking secret—one that could have catastrophic effects on humans and aliens alike.

Sometimes the real monsters are closer than you think.

This is an action packed adventure where aliens and humans are at odds with one another and yet the real enemies are much closers to home. The fast paced adventure makes this a real page turner. There are no lulls in the action in this book. This world was very interesting to explore, especially the different kinds of people we met along the way.

The relationship between Jax and Jace is an interesting one and filled with lots of love. This brother and sister duo may have very different personalities with different views, but they take care of one another through thick and thin. I loved their interactions and how they knew just how to push each others buttons.

The romance was sweet and  a bit fast, but didn't overwhelm the overall plot. There was a lot of chemistry between Jax and Lir. They come from different worlds, but find that they work very well together.

This is one alien romance you won't want to miss!