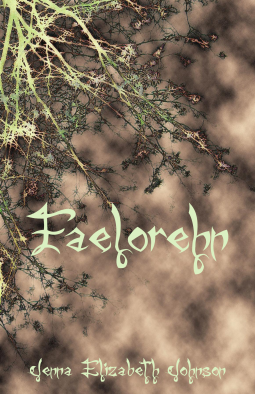 
Synopsis:
I never heard him come after me and even as I climbed the slope and stumbled onto our shaded back lawn, I didn’t look back. It was like the day the gnomes chased me all over again, but this time I was not escaping some horrible little creatures, I was fleeing from an incredibly good-looking guy who could very well understand me completely. I was either saving myself from that serial killer I always imagined lived down in the swamp, or I had finally gone over the deep end . .

Meghan Elam has been strange her entire life: her eyes have this odd habit of changing color and she sees and hears things no one else does. When the visions and voices in her head start to get worse, she is convinced that her parents will want to drag her off to another psychiatrist. That is, until the mysterious Cade MacRoich shows up out of nowhere with an explanation of his own.

Cade brings her news of another realm where goblins and gnomes are the norm, a place where whispering spirits exist in the very earth, and a world where Meghan just might find the answers she has always sought.

Fantasy and romance collide in an epic new adventure.

I really liked the use of Celtic mythology in the story. Very well written and a good amount of mystery and romance together. The different creatures we met both dangerous and beautiful were intriguing. The book is a bit slow paced, but it uses a lot of the first half for world building and setting a foundation for the characters relationship.

The romance was believable and very sweet. There was a lot of build up for their relationship which was nice because they got to know one another and didn't jump into anything. There were a lot of issues that needed to be worked through by both parties and I enjoyed the character growth.

Meghan is a used to being different, but even she believed a world where she was being pursued by creatures such as goblins and gnomes was too much. She definitely had a lot of adjusting to do, but she took everything in stride. She tended to be a bit impulsive as a character. This got her into a ton of trouble. Luckily Cade was there to bail her out.

Cade is a strange man from another realm, come to warn Meghan about who she really is. He was extremely closed lipped about many things, but was really sweet and a noble character. Cade is definitely not one to break rules, but where Meghan is concerned things never go as planned. Cade was fun character to get to know and I can't wait to read more about him in later books.

For fans of mythology and romance this is the book for you!