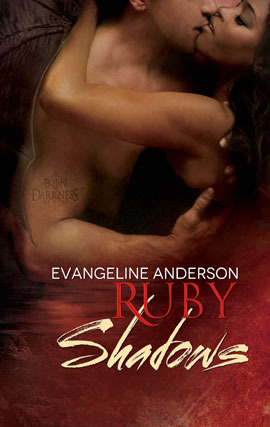 Nothing is for free when it comes to demons…a fact that Gwendolyn LaRoux finds out the hard way when she summons Laish, a minor demon from the Shadow Lands to help her cook up a little black magic. Unfortunately black magic has a way of growing and soon Gwendolyn finds herself drowning in darkness. Still, she’s determined to clean up her own mess. But when a creature from the Abyss enters our world and threatens her beloved grandmother, Gwendolyn has to admit she needs help—which means summoning the infuriating Laish, even though she swore never to call on him again.

Answering Gwendolyn’s incantations in a moment of boredom was a mistake for a demon who keeps what little heart he has left under lock and key. Laish immediately fell for the Creole beauty with jade green eyes and creamy, café au lait skin and now he’s determined to have her—no matter what the cost. And thanks to Gwendolyn’s sticky dilemma, the price just went up.

When it turns out that the intrepid witch must travel through the Shadow Lands and close the door she left open to the Pit, she knows at once she can’t make the dangerous journey on her own. Of course Laish is more than willing to act as her escort and bodyguard…for a not-so-small fee. Gwendolyn doesn’t want to use her body as a bargaining chip but the lustful demon will accept no other form of currency. And since her grandmother’s life is at stake, she has no choice. Little by little she must give in to his demands.

Vampires, Werewolves, and Demons. Oh My!

Evangeline really knows how to write paranormal romance. The first two books in the "Born to Darkness" series gave us some insight into the different creatures occupying this world and now we get a look into a whole new world inside of it. Taking a trip to hell has never been so hot. One of my favorite things about this authors books are the way she does her world building. Hell, was no exception. I loved how she interwove a lot of different ideas and myths surrounding Hell and the underworld, but still added her own little twist and ideas to the mix. This book was a bit darker than the first two, but it fit perfectly with the theme of the book.

I was also really fond of the small jokes the author added in that served as both foreshadowing and to lighten the mood.

"Actually I live in the part of Hell the ancient Greeks termed Hades," Laish said blandly. "It's quite scenic-I even have a lovely pomegranate tree in my front yard"

Gwendolyn was a really strong heroine and I liked her spunk. She has a tough outer shell, but given her circumstances its understandable. I really liked that she kept her kind heart, even after all of the horrible things she goes through after going through Hell, literally. Gwendolyn doesn't let Laish push her around or manipulate her, but she does give him the benefit of the doubt. The exchanges between her and Laish are always amusing and often steamy.

There is a slow buildup in the romance department, making their relationship seem more realistic. However, there is plenty of passion and sexy moments from the first page to the last. This is one of the things that I love about Evangeline Anderson's books, the way she builds up the anticipation until the best moment possible.

Laish is protective, ruthless, and dominant. He is a true alpha male, but he was not an asshole. I loved Laish he had his faults and didn't always play fair, but he was honest and never tried to suppress or demean Gwendolyn. He did his best to support her and even when it was detrimental to himself, he allowed Gwendolyn to do things at her own pace and in her own way. He is an amazing hero and one of my absolute favorites of the entire series! He also knew just how to get his little witch to give in to temptation.

I cannot wait to see what else this author has in store. You do not want to miss "Ruby Shadows" it is one Hell of a story!