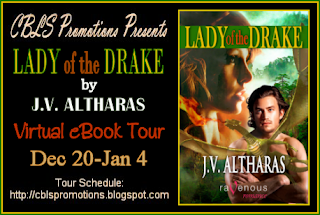 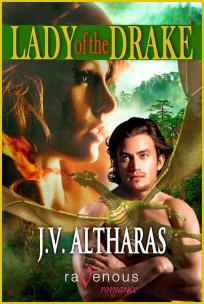 Lana's village is being consumed by a devastating plague. The last hope for a cure lies in a forbidden forest claimed by dragons.
Deep in the woods she finds a breathtaking realm of sorcery and untamed passion. Alaron, the seductive keeper of the forest, offers what she seeks and more.
She’s swept up in the mysterious keeper’s world of secrets, lust and magic; but the entire kingdom is dying--and there may be no way to save it!
Buy Links

Check out the VBT Tour Schedule

Lana is a strong woman and healer who does not allow others to push her around and does what she has to in order to protect her village.

Alaron is the powerful keeper of the forest who is as mysterious as he is dangerous. He is instantly attracted to Lana the minute she steps into his woods.

The relationship between these two was very passionate and beautiful and I loved seeing their world. I also really liked how Alaron tried to woo Lana very steamy. Lana was definitely no push over she was just as passionate and exciting as Alaron.

Fans of Fantasy romance will love “Lady of the Drake” by JV Altharas.