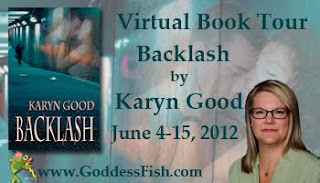 What he’s sworn to protect, she’s willing to sacrifice to save those she loves...

When dedicated teacher Lily Wheeler interrupts a vicious gang attack on one of her students, she vows it won’t happen again. But her rash interference puts her in the path of a cold-blooded killer and the constable tracking him—a man she has little reason to trust, but can never forget.

Constable Chase Porter returned to Aspen Lake to see justice done, not renew old acquaintances. But when he rescues the woman he once loved from a volatile situation, he realizes his feelings for Lily haven’t lessened over the years.

Now, the dangerous killer Chase has sworn to capture has Lily in his sights. Can Chase and Lilly learn to trust each other again before it’s too late—or will old insecurities jeopardize their future?

Karyn will be giving away a $25 Amazon.com gift certificate to one randomly drawn commenter during the tour

Welcome Karyn Good and thank you for doing this interview!


What would you consider a perfect day for you as an author?


That’s easy. A whole day of uninterrupted writing time. Of course, the words are flowing, characters are cooperating, and the plot is thickening. Maybe a wonderful review or three comes my way. Channing Tatum brings me tea and scones at break time. My teenagers’ hormones take a holiday and my husband barbeques me salmon for dinner. THAT would be the perfect day for me.


What sort of research (if any) did you do for this novel?


Research was needed for Backlash. The hero and heroine are forced to come together to protect her thirteen year old student who has been targeted by a prominent gang leader. I did a lot of research into gang culture. I learned about colors, tats, signs, recruitment tactics, you name it. It was fascinating and horrifying at the same time. Quite a bit of my information came from our local newspaper. I don’t know a city out there that doesn’t have gang problems. In 2010, when I started my research, there were approximately 18 criminal organizations operating in my Canadian province of Saskatchewan (Population: 1,067,000). Where you have gangs you need policing. My hero is a Constable with the Royal Canadian Mounted Police (RCMP) so I needed to do research on law enforcement. I probably spent way more hours than I should have looking up things that never made it into the story.


Is there any character in particular that you enjoyed writing about the most?


I think that if you twisted my arm hard enough, I’d be forced to name my hero, Chase Porter, as my favorite. I totally enjoyed the time I spent in his head. I loved torturing him and then bringing him around to his happy ending. Maybe it was writing from the male point-of-view. It was certainly interesting to try and think like a guy and anticipate his moves. To create this alpha male with a strict code of honor who’s floundering to find his way.


Were any of your characters or events from the book based on real life people or experiences you have had?
Thankfully, no. Although, my bad guy, Raphael Tessier’s character was inspired by a real gang leader. His real life counterpart has since been murdered while serving a life sentence in a federal penitentiary. He was 33 years old when he died. His short life was full of violence, destruction, sadness and grief and it shocked me down to my suburban toes. If I were to pick a person to write a biography on it would be him. The path he chose cost him everything, including his humanity.
Are there any other projects you are working on that you would like to tell us about?
Absolutely. I’m currently revising my novella, Off the Grid, and getting it ready to send to my editor. I initially planned to write it as a Christmas story. It became apparent quite early on that it wasn’t going to play out as a feel good holiday story.  It takes place in the Downtown Eastside of Vancouver, Canada, which has been labelled Canada’s poorest postal code (like a zip code). A young woman forced into hiding goes into labor. Doctor Sophie Monroe and Family Law expert Caleb Quinn strive to keep her and her baby safe from a father’s ambitions and a woman who will do anything to save her young friend.
Did any of your characters give you a difficult time while writing this book?
I was on a sharp learning curve while doing the many revisions for Backlash. They all gave me fits at one time or another. I have more problems with plotting than I do with developing characters. Making sure things are happening in the right sequence and at the right pace with enough twists and turns to keep it entertaining is the greatest challenge.
Cappuccino or Coffee?
Neither. Gasp, I know. I’m a tea drinker. Or a soda pop junkie.
What do you like to do in your down time?
We’re campers. We like nothing better than packing up our camper trailer and head for the nearest valley or lake. I’m an avid movie watcher and so is my husband, so we indulge often. And of course, I read. Instead of a sitting room, we have a reading room. You can usually find someone in there stretched on the couch with a book – make that an ereader.
Do you relate to any of your characters?
Hum, interesting question. I like to think so. Even if it’s only in terms of always wanting to the do the right thing, even if it’s for the wrong reasons. We can all relate to that. I can certainly relate to Lily’s protectiveness and Chase’s stubbornness. But I’m not like either of them.  As a writer, I need to be able to relate to my characters, even the bad guys, so I can flesh them out and hopefully offer the reader a well-rounded set of characters.

“We have to work together, Chase.”

Right. Against one of the most vicious gangs in the country. He caught sight of her pretty pink toenails peeking out from under her blanket. Him and the pretty little small town teacher up against Raphael Tessier. Maybe the bad guys would die laughing.

He meant to back away. To leave. Before her clean scent began absorbing into his skin. But with Lily, things never quite worked out the way he planned. Good intention turned into forward movement. Until they were chest-to-chest and hip-to-hip.

Reasonable? He could smell her. Her breasts pressed against his chest with every breath. He’d left reasonable so far behind he’d need a map to find it.

Then it was too late anyway. He needed to know if she tasted the same. Felt the same. And she was right there. In front of him. All he had to do was bend his head. Just a fraction of a movement and his self-imposed exile would end.

And he was only human.

So he tipped his head and put his mouth on hers. Ran the tip of his tongue over her bottom lip and got a yes to question number one.

His hands did a slow glide up her arms, over her shoulders to her face. He gently tilted her head and waited. Waited for the slight parting of her lips, the invitation to enter. When it came, it almost brought him to his knees.

He dove in like a man who’d been too long in the desert and she was his first taste of water in years. He needed his tongue in her mouth, tasting, savoring. He needed the warmth pulsing through his system to burn forever. 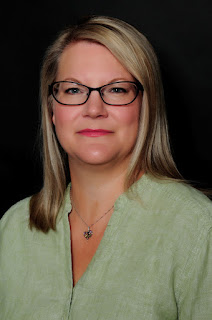 I grew up on a farm in the middle of Canada's breadbasket. Under the canopy of crisp blue prairie skies I read books. Lots and lots of books. Occasionally, I picked up a pen and paper or tapped out a few meagre pages of a story on a keyboard and dreamed of becoming a writer when I grew up. One day the inevitable happened and I knew without question the time was right. What to write was never the issue - romance and the gut wrenching journey towards forever.