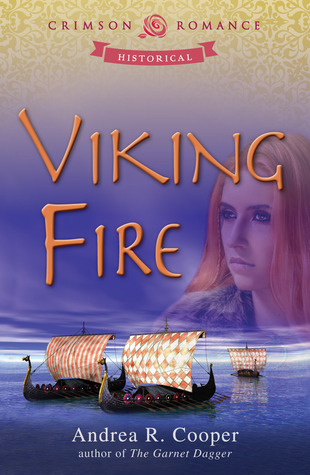 856 CE, Ireland is a land of myth, magic, and blood. Viking raiders have fought the Irish for over half a century. Rival Irish clans promise only betrayal and carnage.

Kaireen, daughter of Laird Liannon, is suddenly forced into an arranged marriage with her sworn enemy, a Viking. She refuses to submit. With no mention of love, only land and the protection of her clan, she endeavors to get her betrothed banished from her country. Will love find its way around her stubborn heart?

Bram, the Viking, finds himself without future or inheritance as a younger son in his family. A marriage to the Laird’s daughter would grant him land if he swears fidelity and if his men will fight along with the Liannons against any foe—Irish or Viking. However, the Laird’s feisty daughter only holds animosity for him and his kind. Is marriage worth the battle scars of such a relentless opponent?

With the blame for a rival laird’s death treacherously set against the Liannons, Kaireen and Bram must find a way to lay aside their differences as an unforeseen darkness sends death snapping at their heels.

My Thoughts
A Viking Marriage that is just as wild as the Viking himself.

I was so excited to read my first Viking story and even more so when I found out how spunky and independent the heroine would be. This story was way more than I expected. It was full of not only a charming romance, but tons of action and intrigue as well. The setting itself was beautiful and was the perfect backdrop for a Viking romance. There were a lot of different kinds of characters in this story and I had a great time figuring everyone out and finding out who was friend and who was foe.

Kaireen was stubborn, willful, and brave. She was the perfect match for our Viking hero Bram. She was forced into a marriage to a complete stranger, but she didn't allow others to dictate her life and fought back. I loved her spirit and loved seeing her interactions with Bram. They were both a great couple and brought out the best in each other.

Bram was a ferocious Viking, but he had a soft spot for Kaireen and it showed. He was a fun character and I liked learning more about him and seeing him woo Kaireen in his own way. He definitely knew how to get under her skin.